Zygos magazine was first published by Frantzis and Catherine Frantzeskakis in 1955, to become the longest-lived and most authoritative fine arts magazine in Greece.

In the course of the years Zygos magazine covered all major artistic developments taking place not only in Greece but also elsewhere in the world.

Virtually all Greek art critics and art historians, but also prominent personalities of the intellectual and cultural scene of Greece contributed essays, papers, articles and critiques on issues of Greek and International art and culture, and the work of the most important Greek and international artists was presented in almost 10.000 pages, illustrated by 13.000 color and black-and-white photographs.

In 2006, 23 years after Zygos magazine ceased publication, the Athens School of Fine Arts Library compiled all material into a digital database for the use of students and scholars, utilizing funds from the European Union, in recognition of Zygos' importance as a reference source for the study of contemporary Greek art and culture. 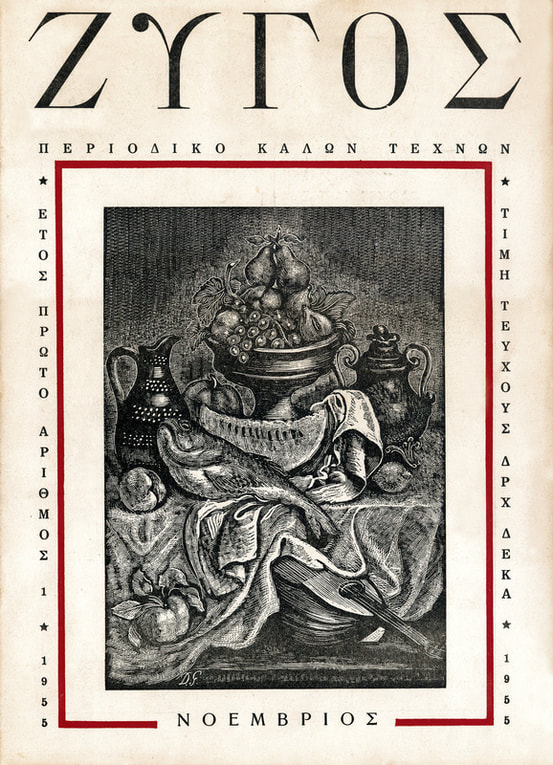 The first issue of Zygos art magazine, published November 1955. The cover was illustrated with an engraving of celebrated Greek artist Dimitris Galanis. 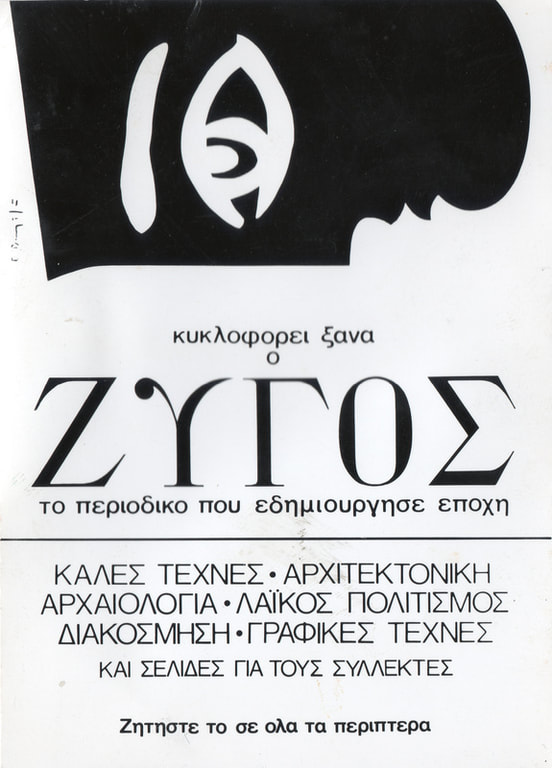 ​The poster by artist and master graphic designer Giorgos Vakirtzis announcing the re-launching of Zygos magazine in 1973. 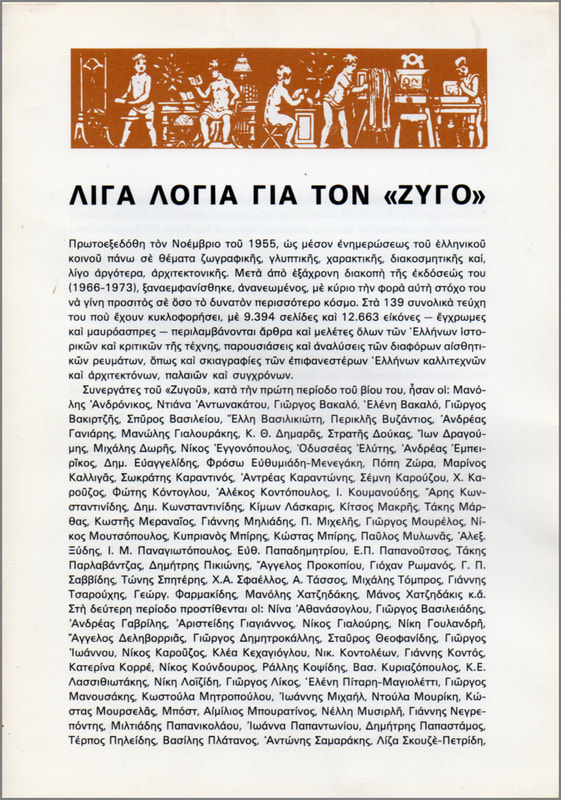 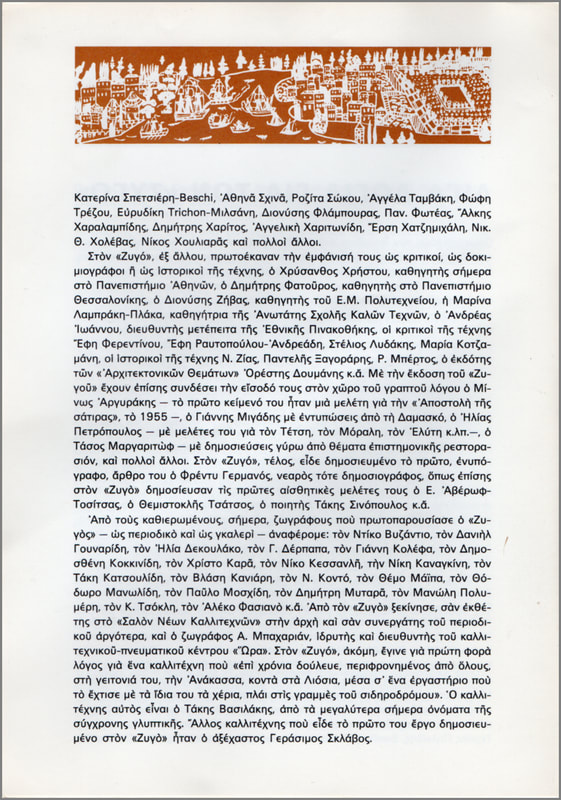 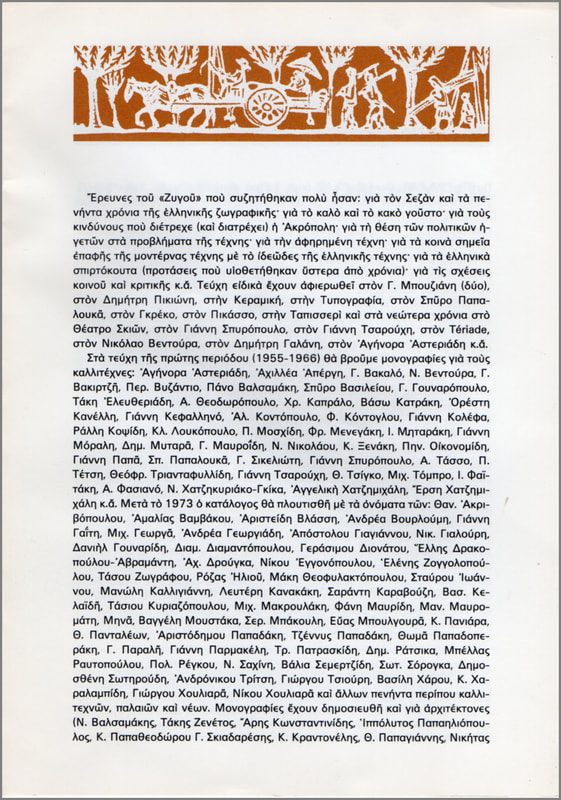 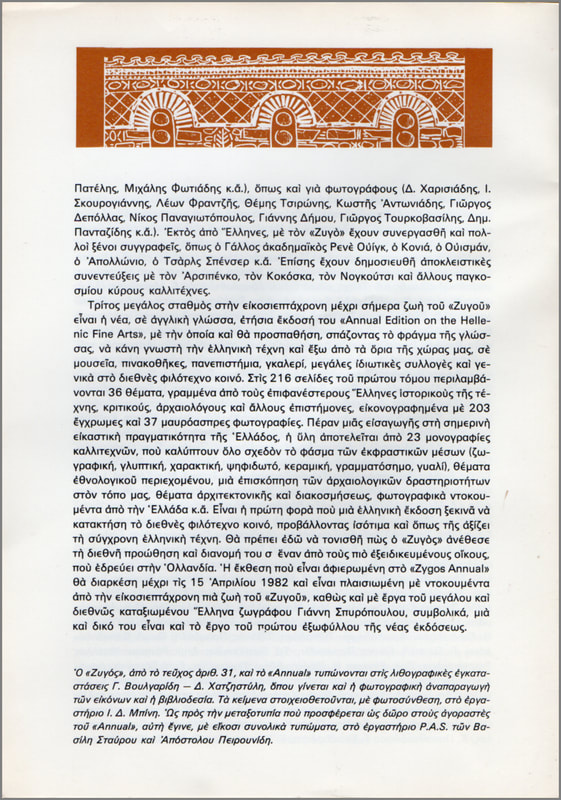