Giannis Logothetis, aka LoGo, (Γιάννης Λογοθέτης) was born in the island of Thassos, Greece. His first cartoons were published at the age of 17. He collaborated with notable Greek dailies such as “Ta Nea”, “To Vima”, “Eleftherotypia”, “Ethnos”, “Avgi”, but also “Daily Mirror”, “Sunday Telegraph”, and magazines such as “Tachydromos”, “Eikones” and others. He has published over 21 books with cartoons, a booklet with recipes, as well as a book with lyrics he wrote and turned into songs, titled “Aspra, Kokkina, Kitrina, Ble”. He has participated in international cartoon shows in Canada, Germany, Italy and Bulgaria. In Greece he has had both solo and group shows with cartoons and with paintings. He also had his own radio shows, on Flash and on FM 9,84 and shows on television on ERT titled “Smile at an angle so the golden tooth shows”. He wrote the theatrical satirical play “Variete” that was staged in Athens with great success. He also got involved with recording since 1971, writing lyrics but also performing. He collaborated with Demos Moutsis, Loukianos Kelaidonis, Vasilis Architektonidis, Giorgos Hatzinassios, Giannis Kiourtsoglou, Hristodoulos Halaris, Stavros Kougioumtzis, Petros Vagiopoulos, Vasilis Demetriou, in writing songs that were sung by Moscholiou, Mitsias, Galani, Parios, Alexiou, Kalogiannis, Manou, Kiourtsoglou, Andreadis, Abatzis, Poulopoulos, Chrysanthos, Poulikakos, Lavina, Letonos, Kontogiannis, Gionakis, Karakatsanis, and Miliadis, among others. In the 70s he pioneered in humorous songwriting  with three LPs he wrote for Themis Andreadis. His solo painting shows include those at “Astrolavos”, “Skoufa Gallery”, “Ekfrasi”, “Daidalma” and “Alogo” galleries. 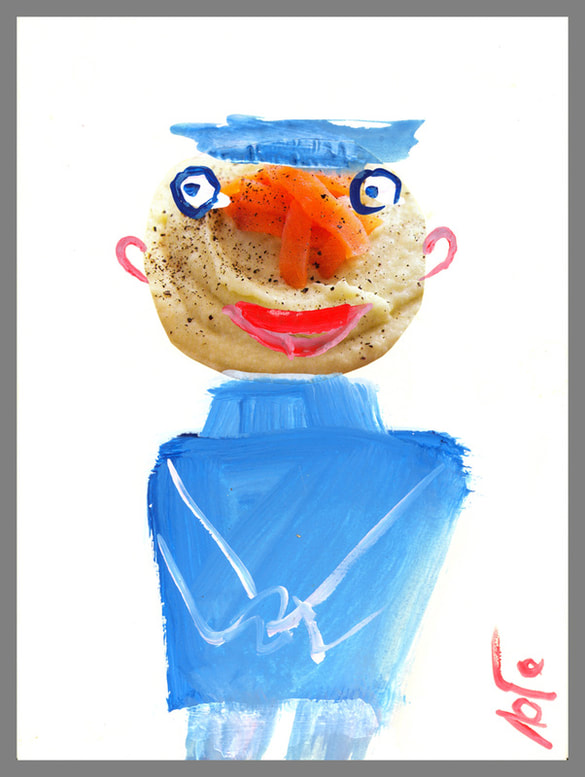 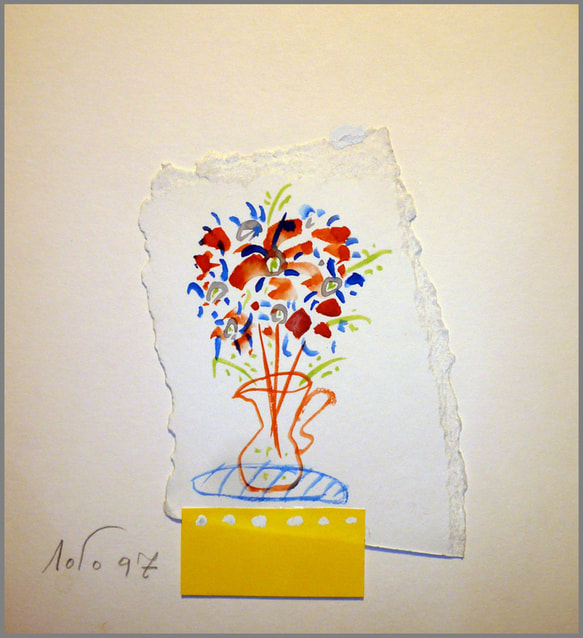 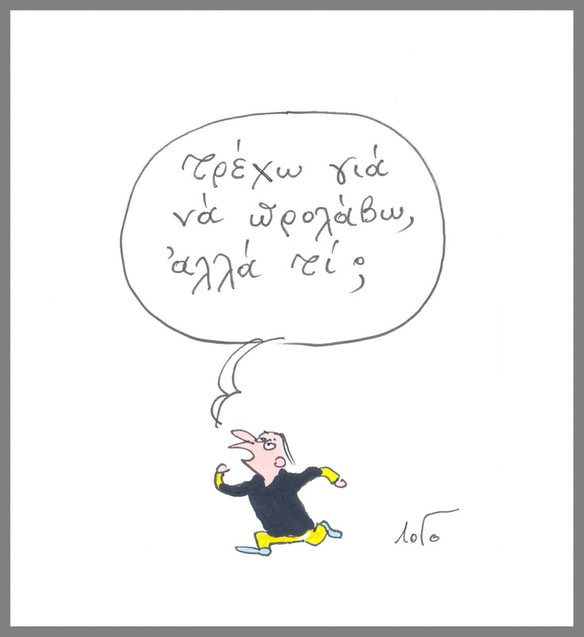 Logo, What Am I Running For? original artwork on paper for a political cartoon published in a Greek daily newspaper in the 70s. 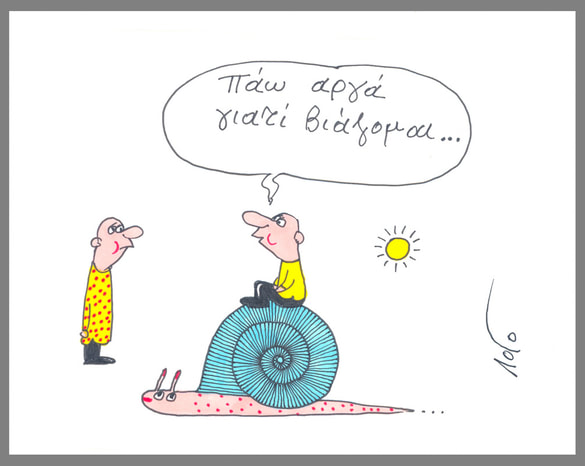 Logo, Fast as a Snail, original artwork on paper for a political cartoon published in a Greek daily newspaper in the 70s. 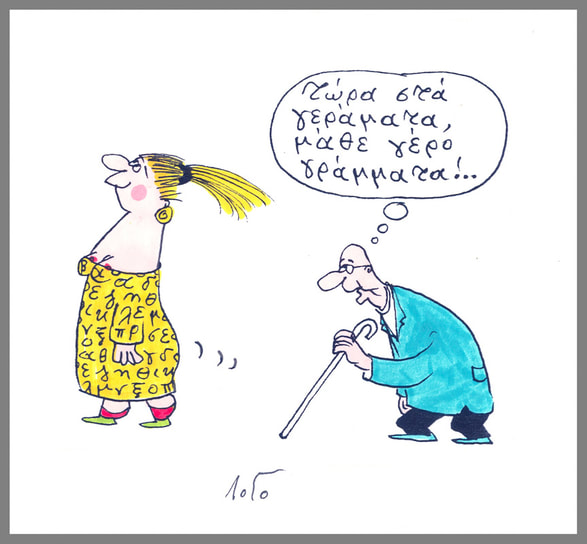 Logo, Too Late to Learn to Read, original artwork on paper for a political cartoon published in a Greek daily newspaper in the 70s.
Copyright 2023, Ion Frantzeskakis, Athens, Greece