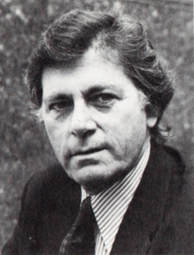 Whenever I think of the term "gentleman", my mind comes to Vassili. To me, he epitomized all a gentleman is, or should be. Kind, dignified, composed yet charming, polite in a deep meaningful way. It was a privilege in my life to have met and become friends with Vassili Lambrinos. And I honor his memory.
​Artist, Actor, Director, and Choreographer Vassili Lambrinos was born in Suez, Egypt, January 30 1926, of Greek parents. He studied painting, drama and dance in Athens, Paris, London and Monte Carlo. He then moved to Buenos Aires, Argentina to direct and act in several films, and served as the Ballet Director of Teatro Colon. Among the theatrical productions he has directed are The Star is Always Loved and Loved, The Bacchae, Kouros by Kazantzakis and Requilbo. He has choreographed numerous ballets for the Opera Colon of Buenos Aires, including Daphnis and Chloe by Ravel,  Concerto No. 1 by Grieg, Concerto No. 1 by Mendelssohn and Interplay by Morton Gould. He had his own dance company touring Latin America for ten years. He has also been artistic director for the Argentinian television, and choreographed the film The Glass Birds at the Theatre des Champs Elysees in Paris.  In addition to his choreographic work he has directed a number of theatrical productions in Buenos Aires. He won the Argentinian National Film Institute award  for the best actor of the year for his role in the film Los Tallos Amargos (1956), and he has also played leading parts in numerous American films but also in the Greek film The Return of Medea. Among them,  he is known for his work on The Unsinkable Molly Brown (1964) and Female Animal  (1970).  He has also made numerous appearances in American television programs. 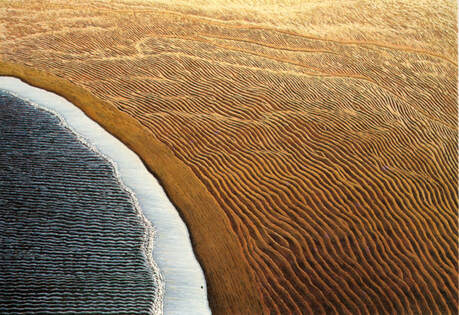 "By the Seashore", oil on canvas by Vassili Lambrinos. Private collection.
His paintings, mostly of the Greek sea brought joy to worldwide collectors.  He died in New York, on May 12, 2017. 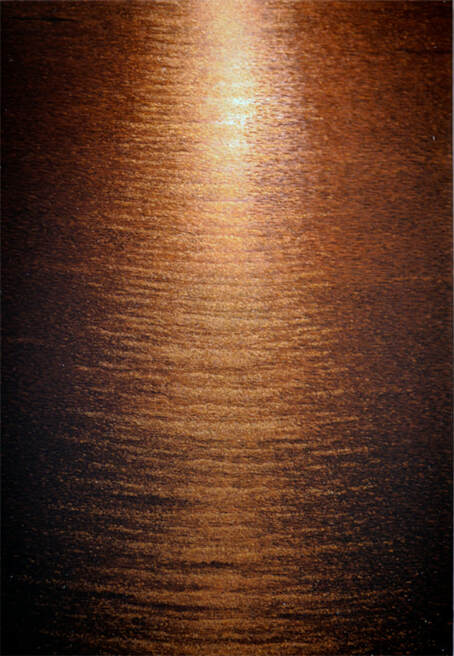 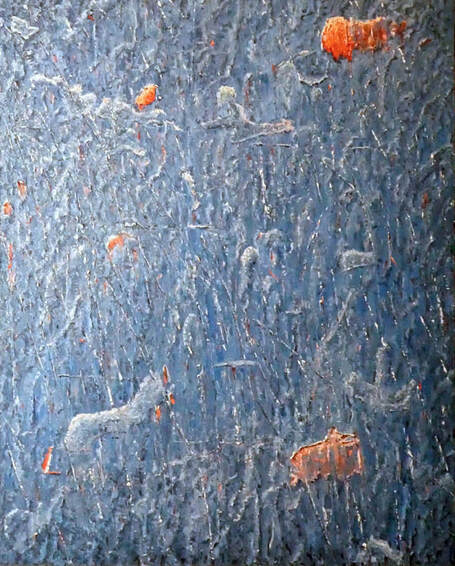 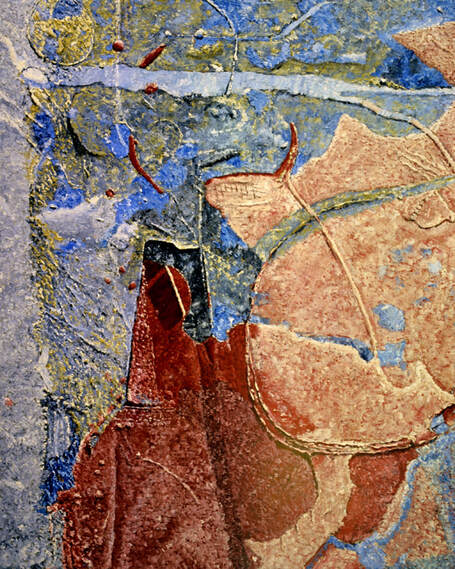 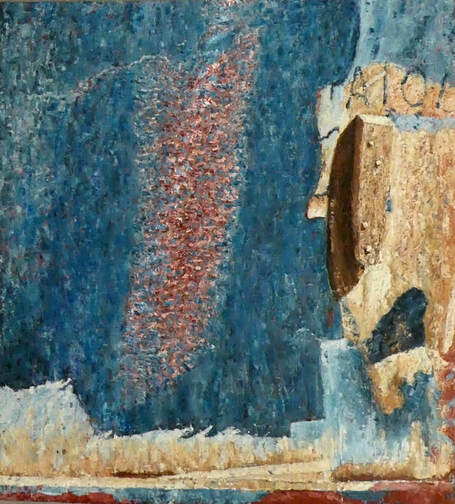 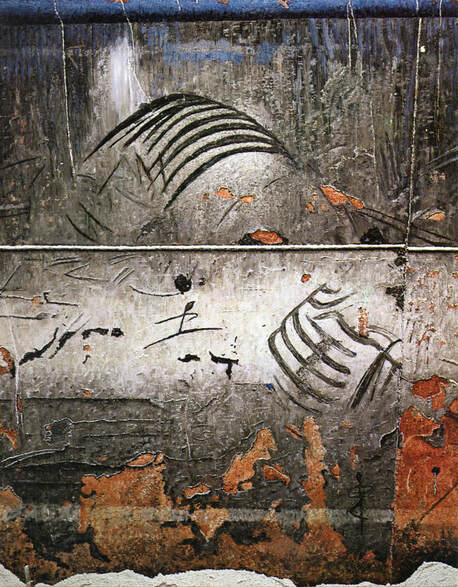 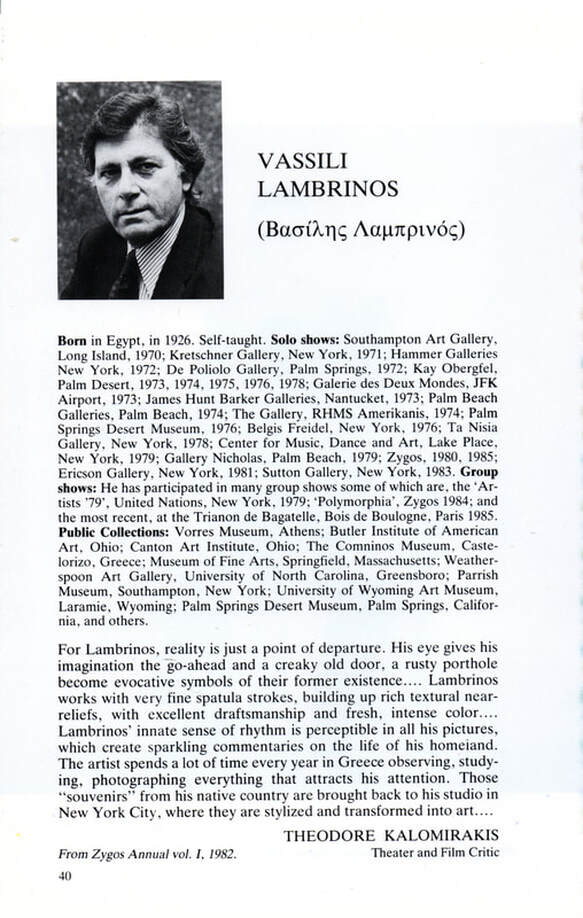 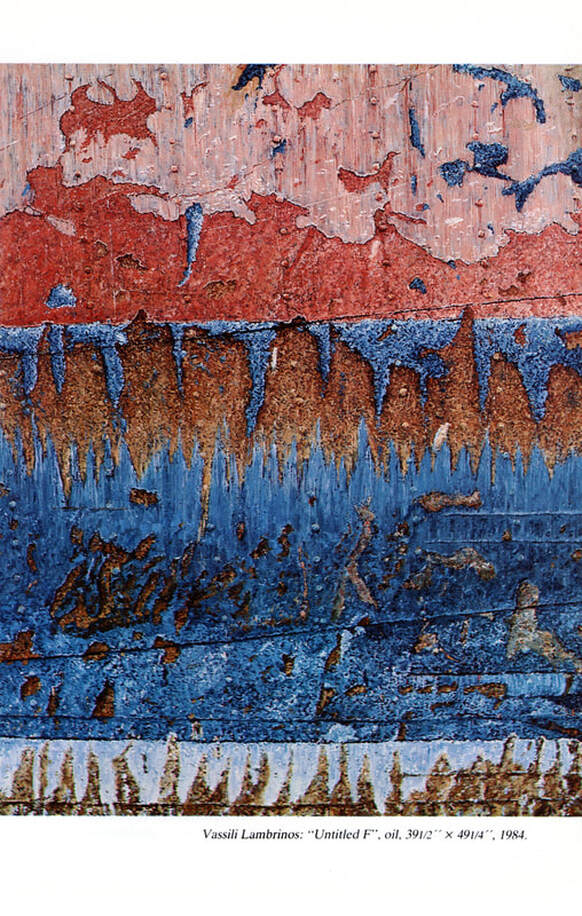 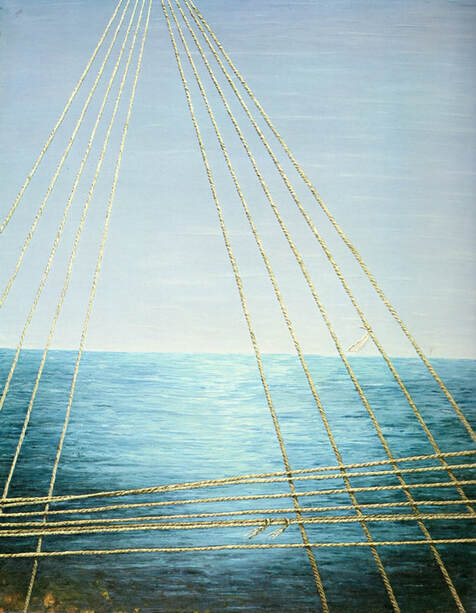 "View from the Deck" oil on canvas, by Vassili Lambrinos. Private collection. 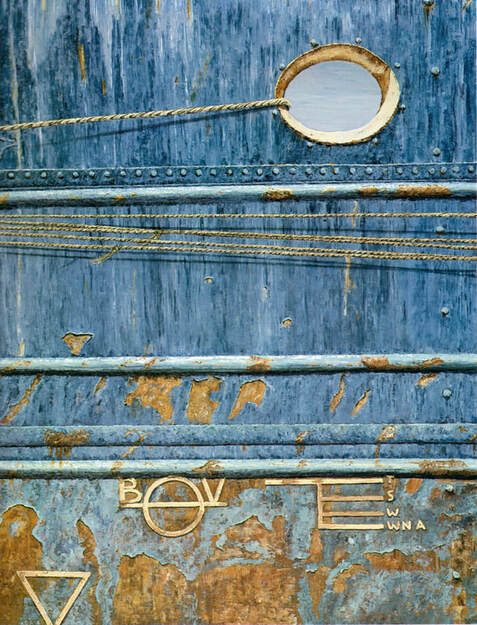