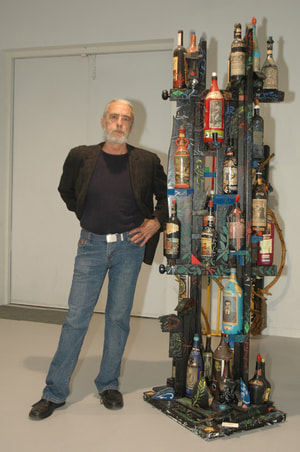 Kostas Karnavas: "Dionysian" sculpture with wood and liquer bottles
​Kostas Karnavas studied stage design and film directing at the Lykourgos Stavrakos School. He studied art and sculpture in Germany, Greece and the U.K. He was a member of the Greek Chamber of Artists. He was born, lived and worked in Athens.

Other essays on his work were written by writer Giorgos Skourtis, Art Critic Dora Eliopoulou-Rogan, poet Michalis Katsaros, Art Historian Giannis Bolis, Evi Palantiou, Kyriakos Valavanis, and others. He received an Honorary Diploma by the Society of Greek Writers.

He was included in the 2nd Volume of the Dictionary of Greek Artists, published by Melissa Publishing House, issues #49 and #53 of "Zygos" art magazine, issue #41 of "Eikastika" art magazine and Vol. II of  "Zygos Annual Edition on the Hellenic Fine Arts" in 1983.

Works of his can be found at the Vorres Museum, the Foundation of the Hellenic World, the Evgenidis Foundation, several Municipal Galleries, and a number of private collections in Greece, Germany and the U.S.A.
SOLO SHOWS 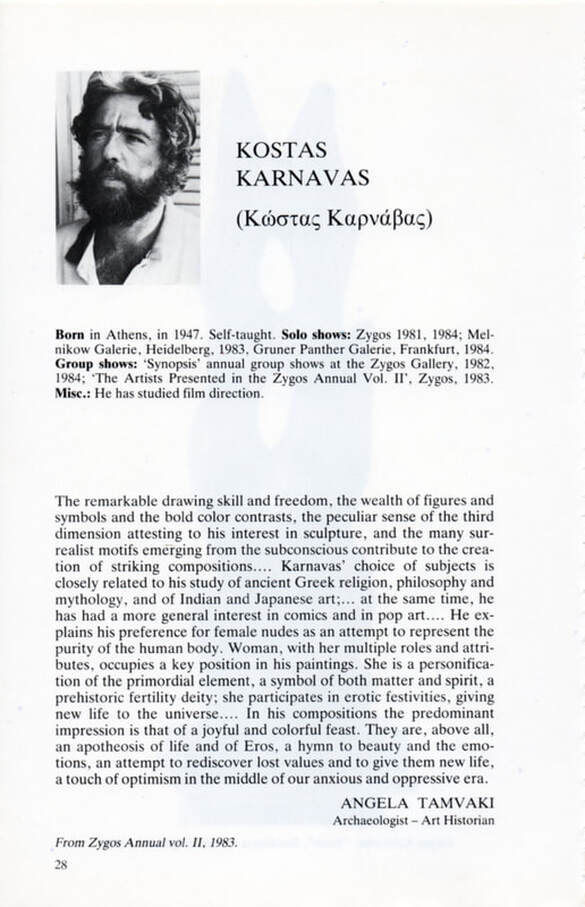 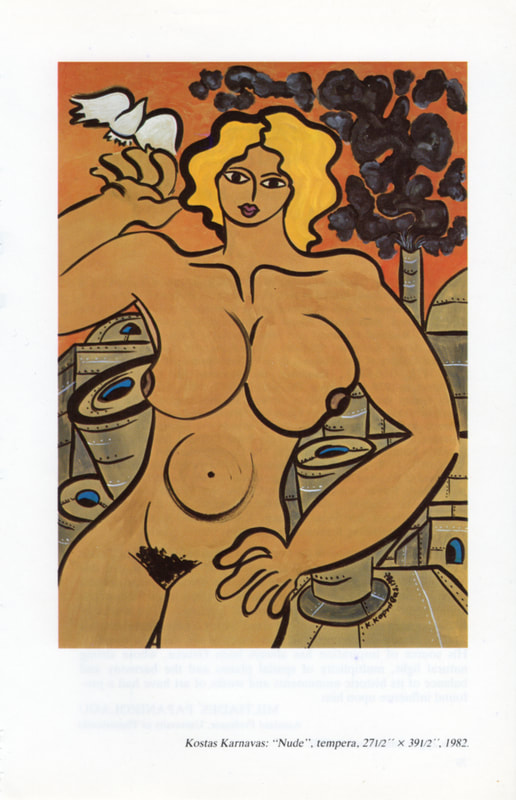 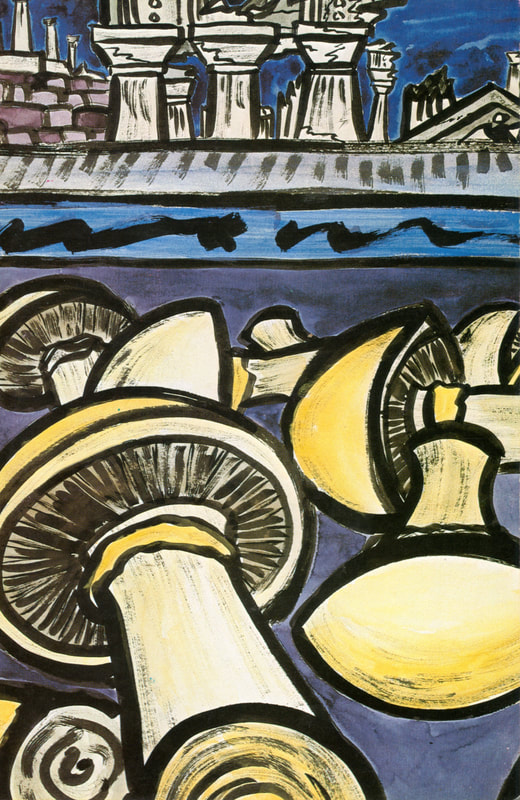 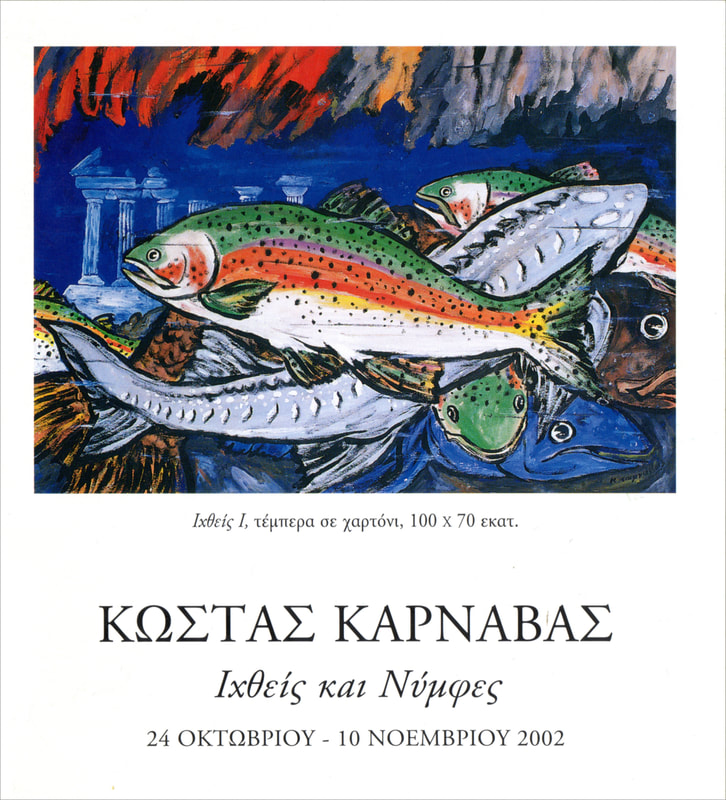 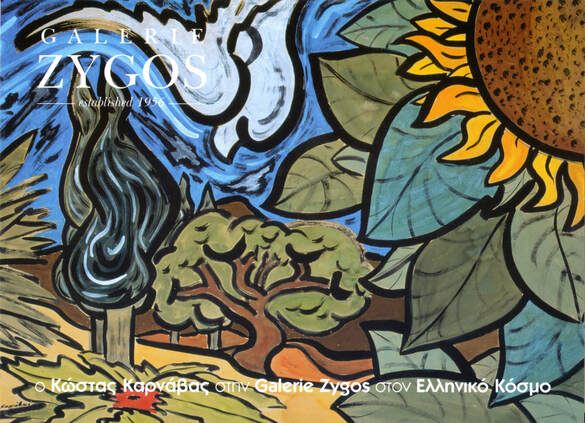 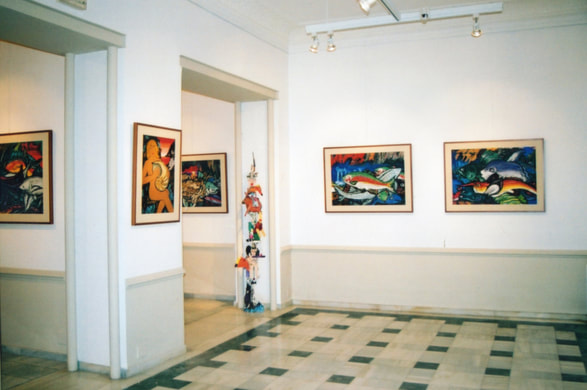