Εύ Αγωνίζεσθαι / Fair Play
September, 2002 @ Galerie Zygos, Nikis Street
Haido Deliali was born in Dimitritsi, Serres. She grew up and studied in Thessaloniki, where she lives and works.

Works of her can be seen at the Vorres Museum, the Macedonia University at Thessaloniki, Hippocrates Hospital of Thessaloniki, the Municipality of Stavroupolis, Thessaloniki, and elsewhere, and in several private collections throughout the world.
​ 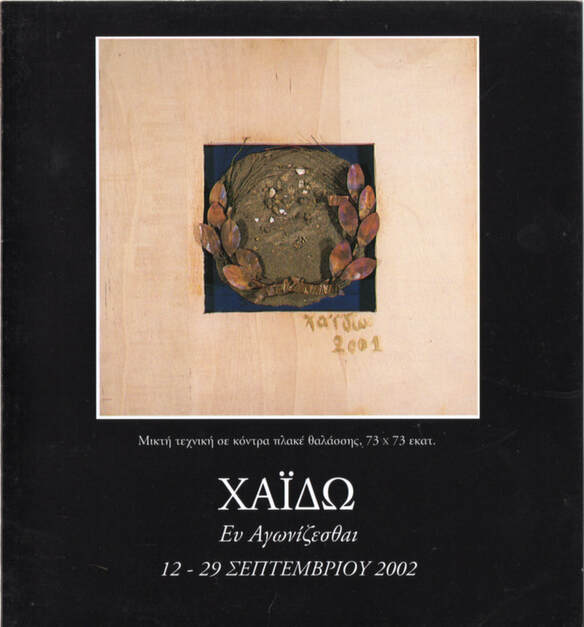 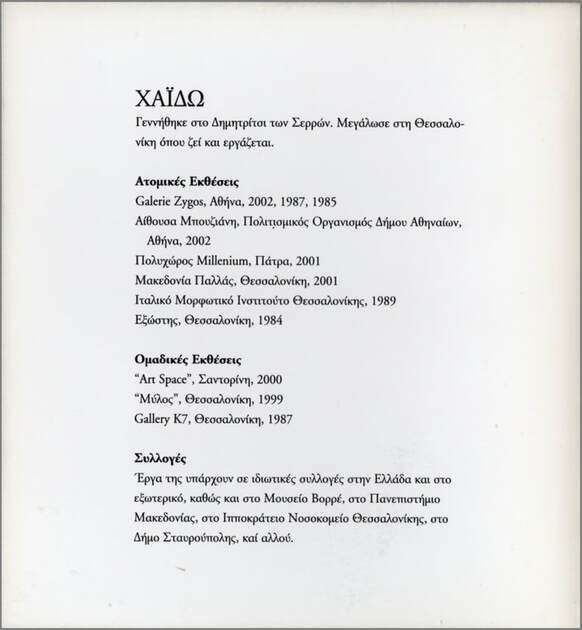