Born in Braila, Romania, of prominent Greek parents from Kefallonia, Greece, Artemis Melissarato (1908-2002) took her first lessons in Art at the German Christian School. In 1933 she settled in Athens, Greece, where she lived for the rest of her life. She studied Art at the Athens School of Fine Arts, under celebrated artists Dimitrios Biskinis, Epameinondas Thomopoulos, Umbertos Argyros and Constantine Parthenis, and later at the Superior School of Art and Advertising in Paris, France. She had a solo exhibition at “New Forms Gallery” of Athens (1962) and another at “Galerie Internationale” of New York, NY (1970). She also participated in several group exhibitions in Greece, Belgium, France, Germany, Denmark, Switzerland, U.S.A., Spain, Luxemburg and Sweden, while she participated in the Panhellenic Exhibitions of 1948, 1963 and 1975. Works of her can be found in several public collections throughout Greece and in private collections throughout the world. In 2005 Galerie Zygos, presented her work in a posthumus exhibition and published her Catalogue Raisonné with text by art-historian Geraldine Georget, currently out of print. In 2007 Galerie Zygos, presented more works in a second exhibition. 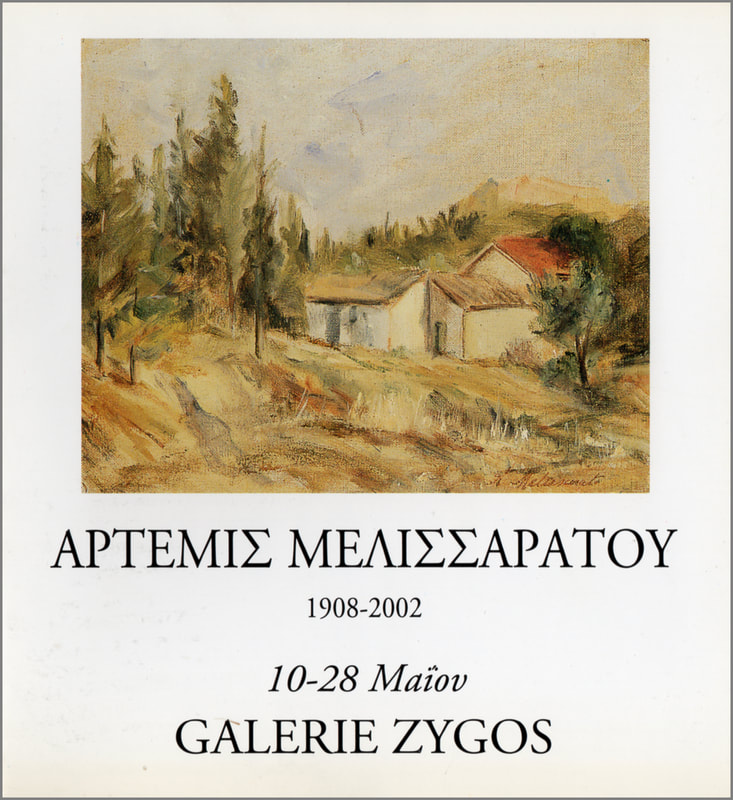 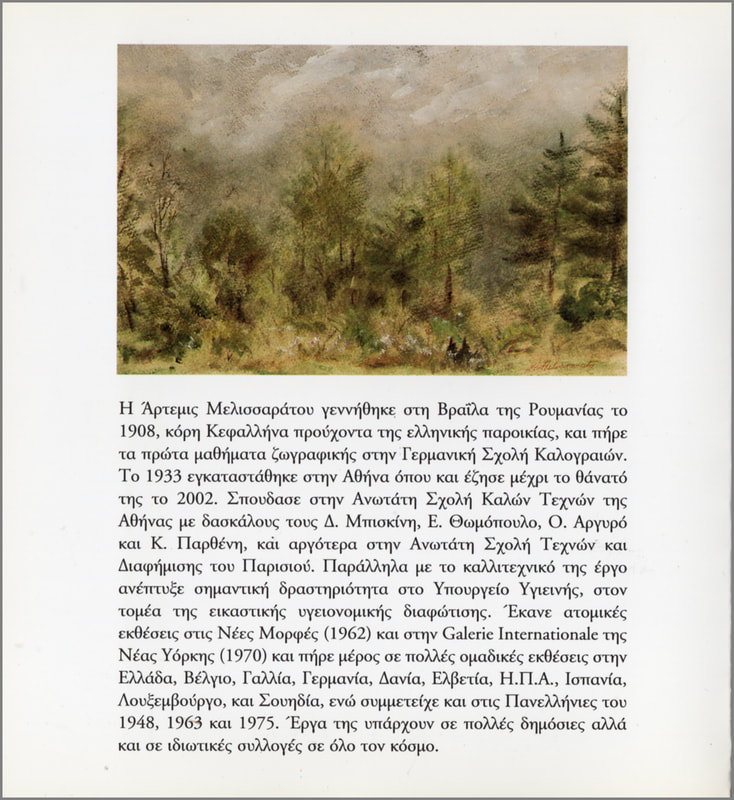 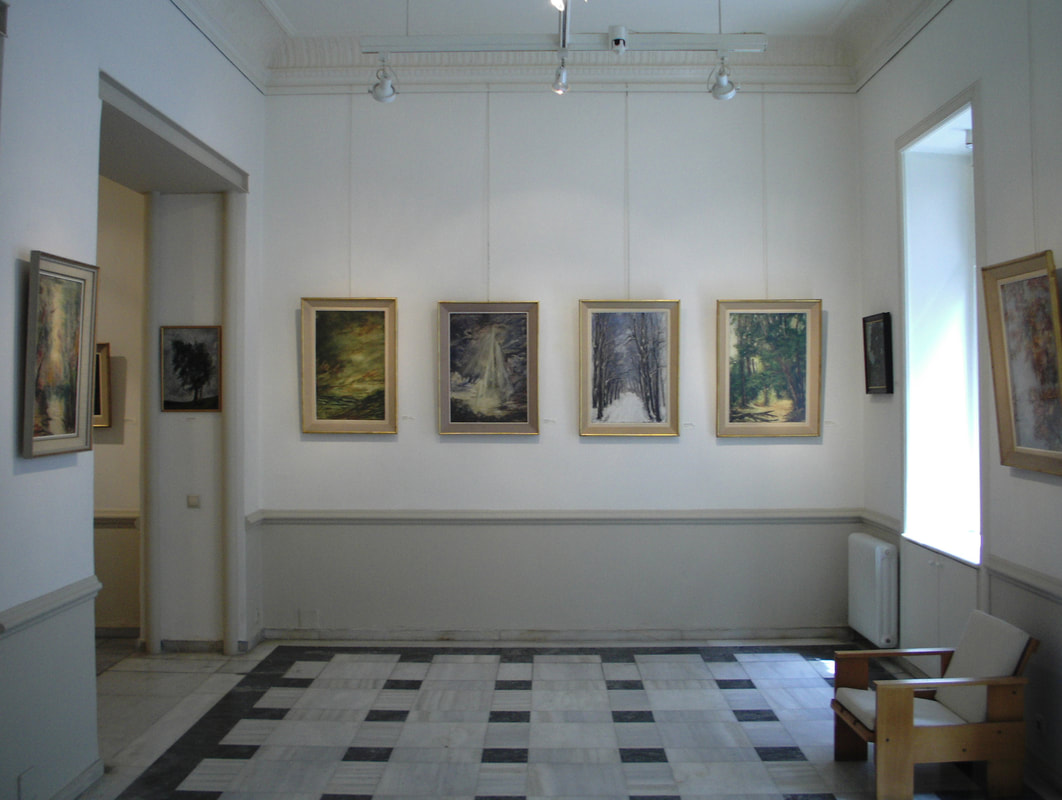 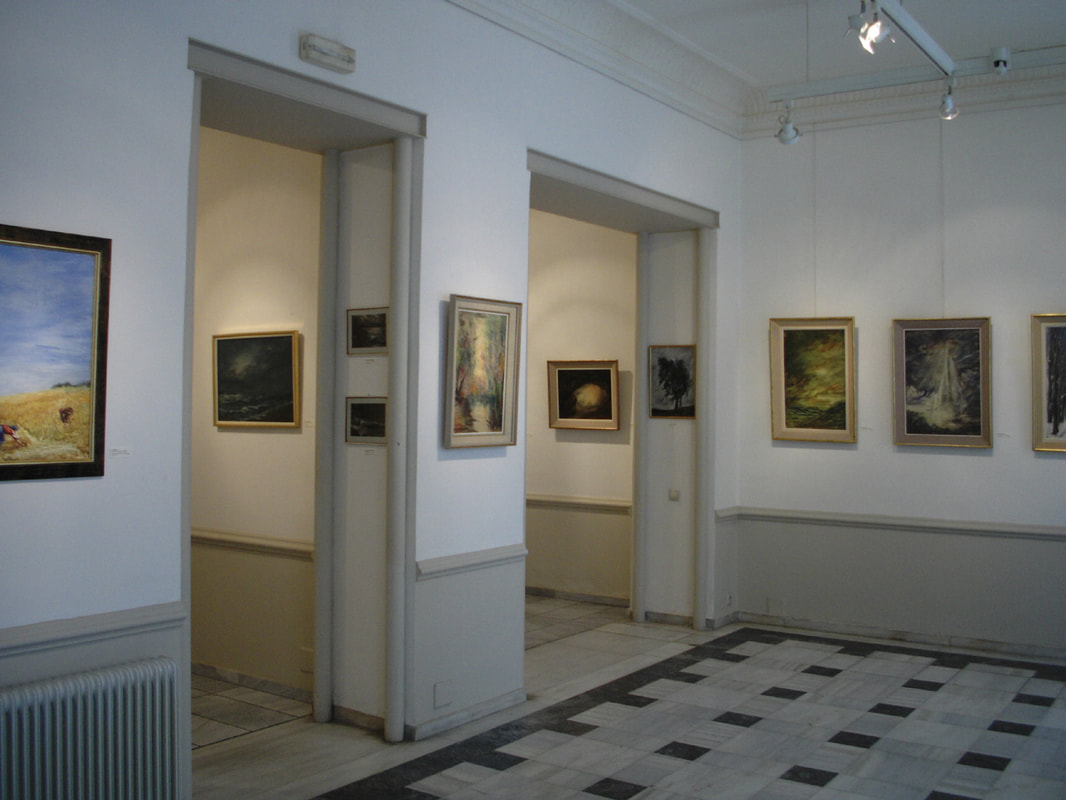 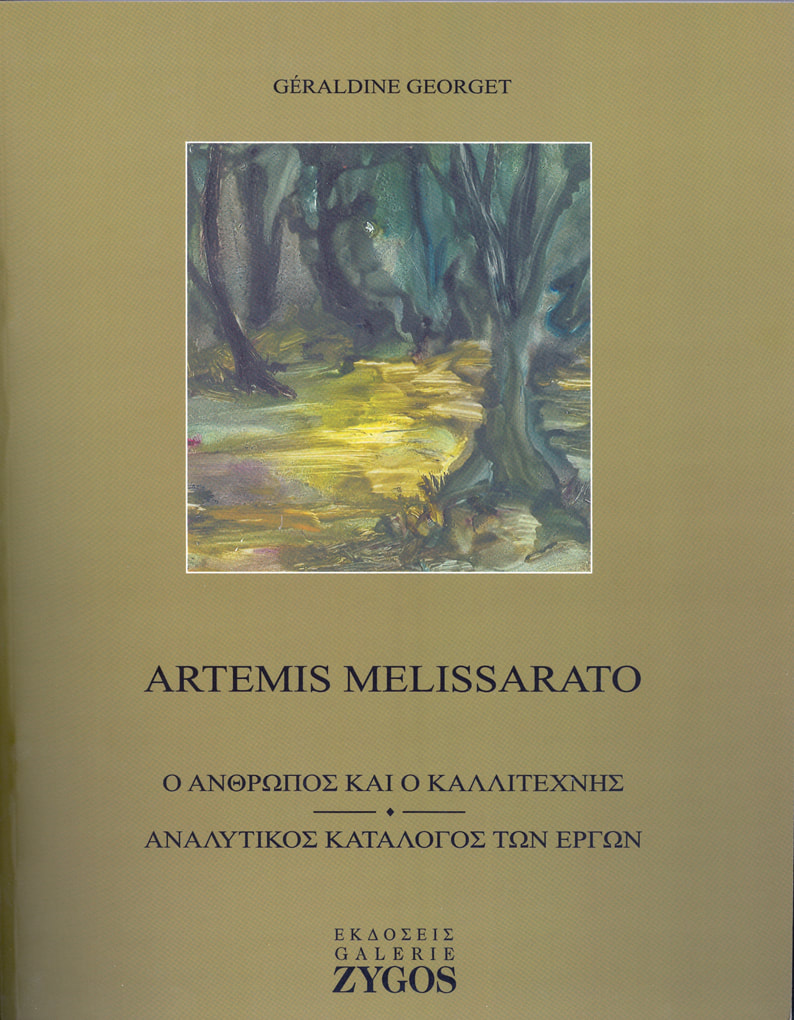 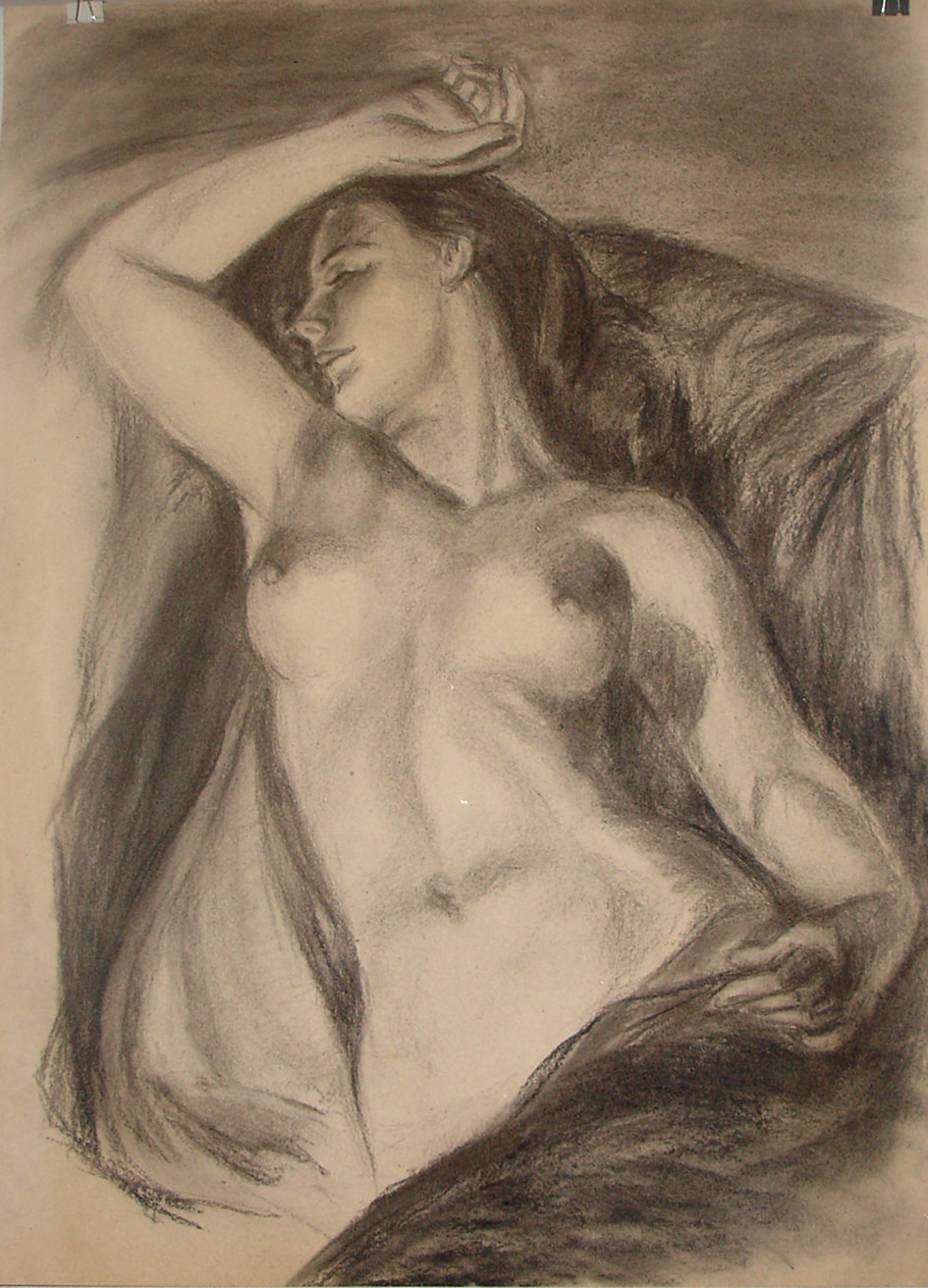 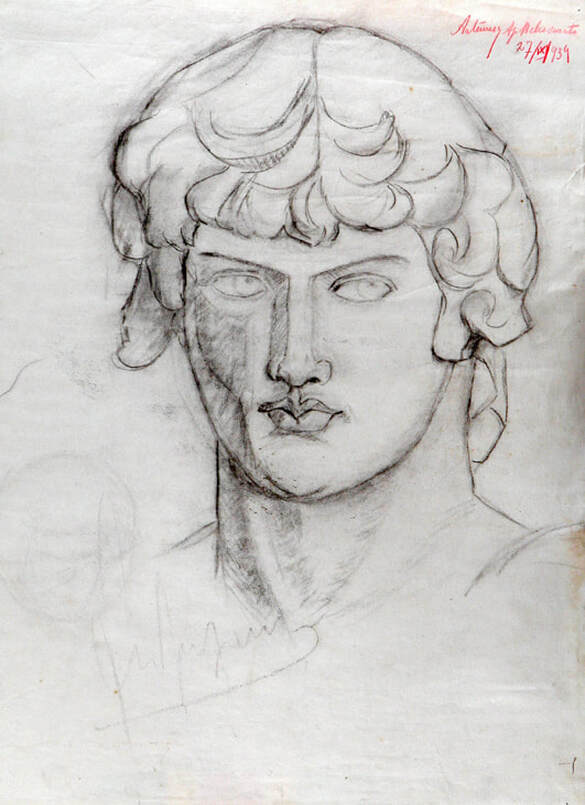