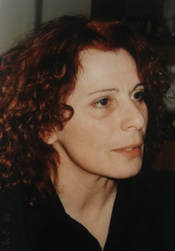 Syni Anastasiadis
Born in Alexandroupolis, Northern Greece, in 1947, Syni Anastasiadis studied drawing at the Euclidis School of Thessaloniki. She worked as a designer at A.E.G. company, Thessaloniki (1971-1977) while following lessons in painting at the studios of Polykleitos Rengos and Th. Minopoulos. She also did ceramics and serigraphy, and participated in relevant exhibitions. Between 1982-1983 she did free studies in mixed media in various Vienna workshops. In 1992 she created her own exhibition space in Palagia, Alexandroupoli, and since 1996 she lives in Alexandroupoli. 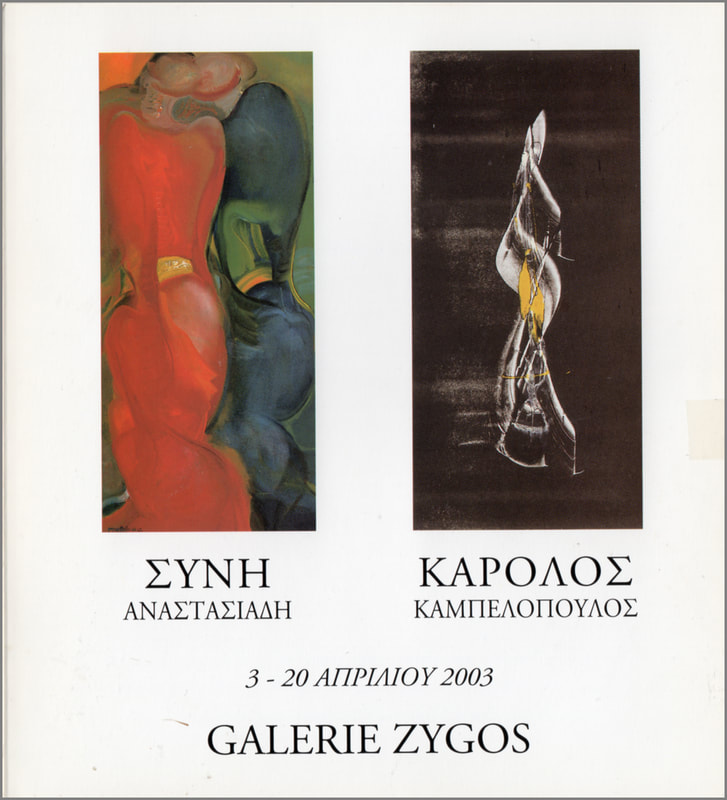 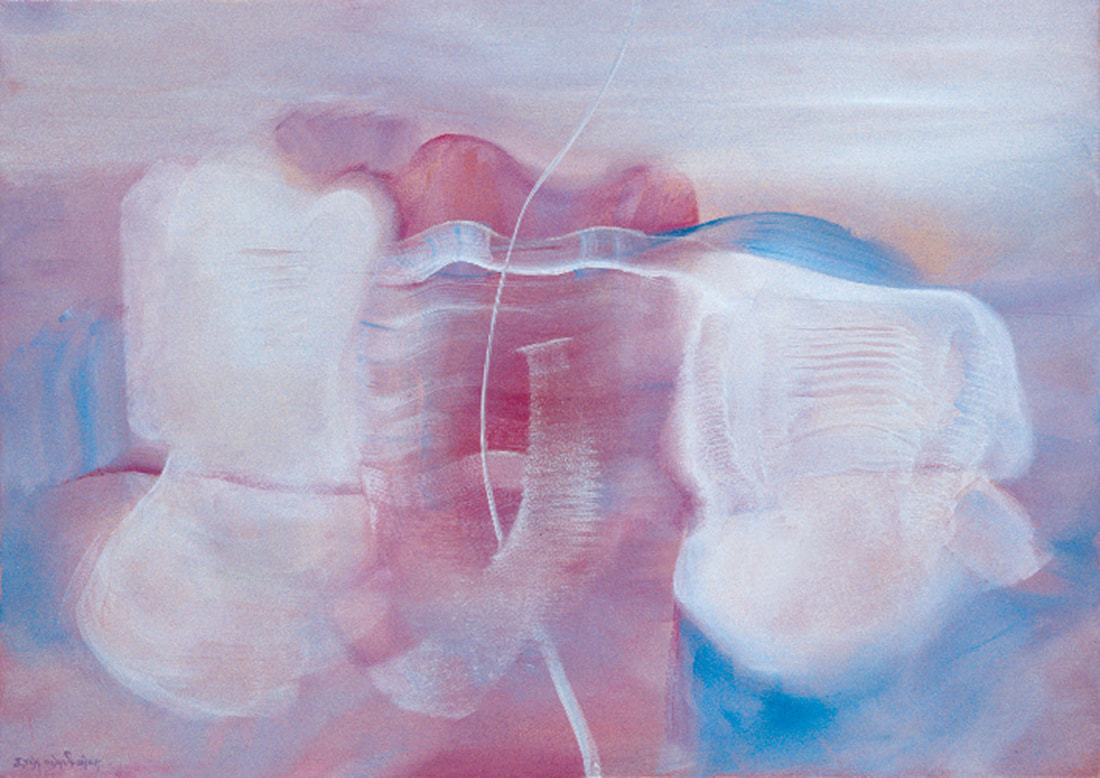 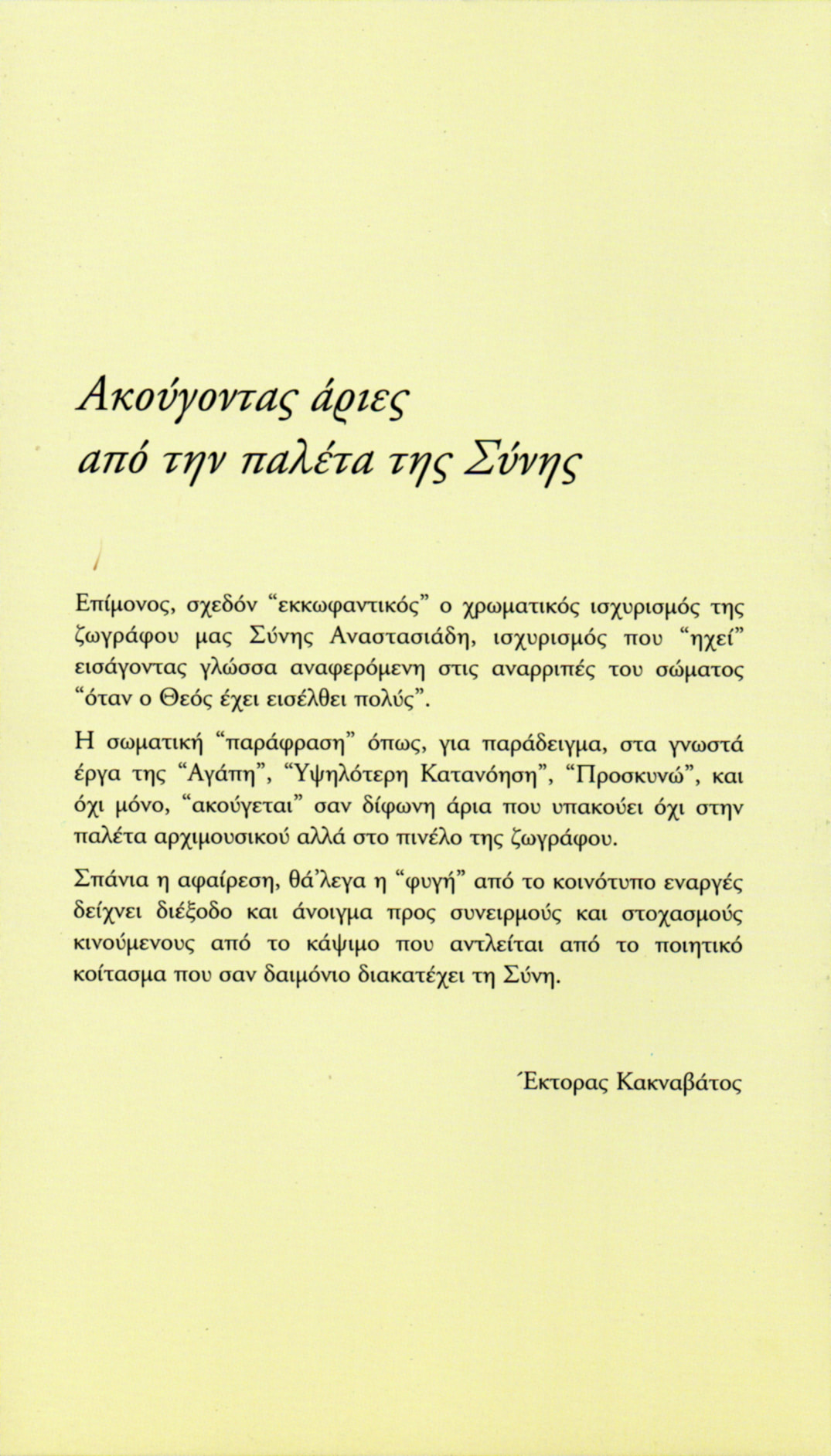 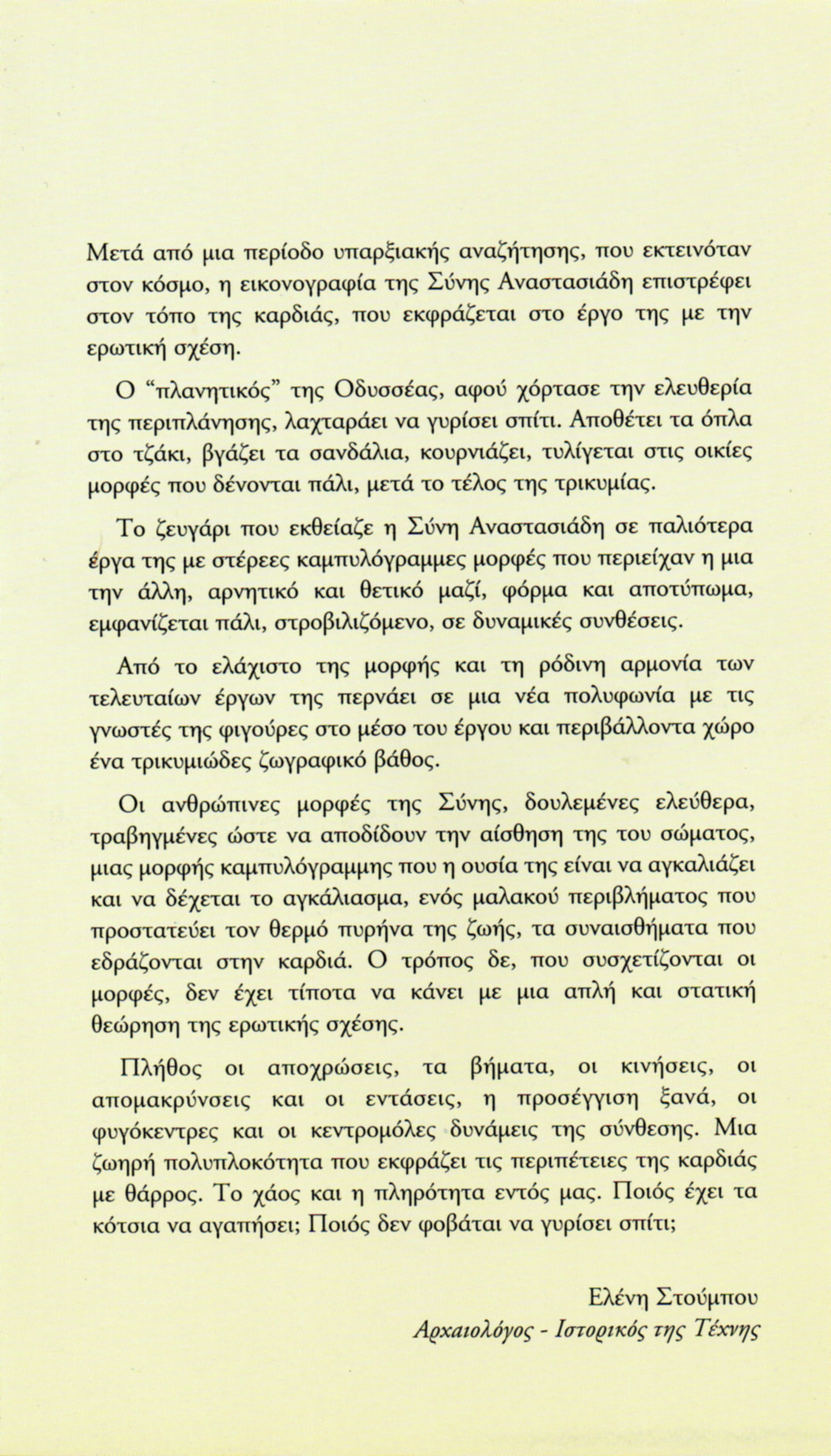 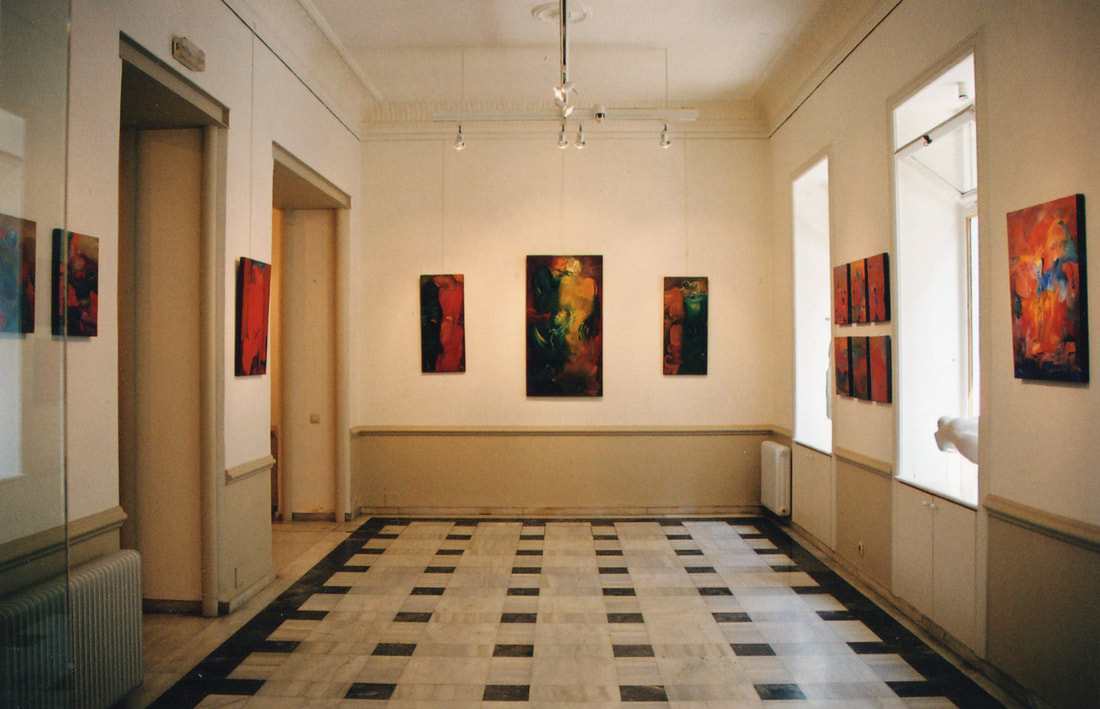 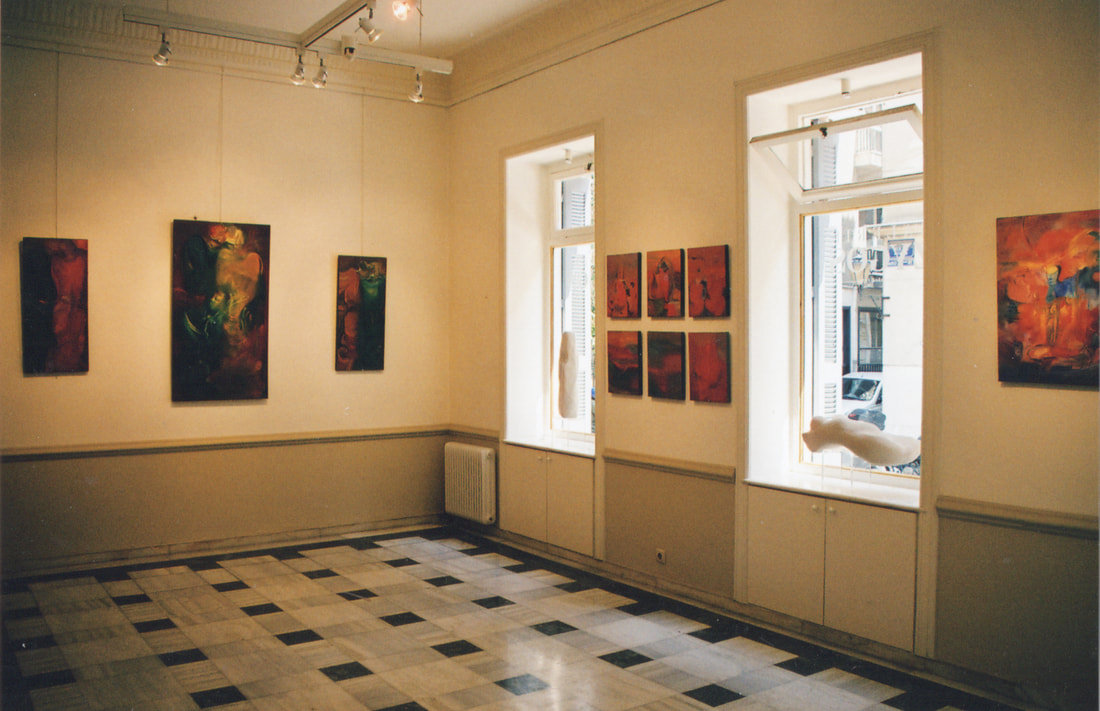