Olympic Sports
July 2004 @ Galerie Zygos, Nikis St.
Born in Athens, in 1945, Demos Flessas studied Architecture at the University of Rome, Italy, and since 1973 he has his private practice as an architect in the Kifissia northern suburb of Athens. Parallel to architecture, he has been expressing himself creatively in painting, sculpture and photography. Works of his can be found in several public and private collections in Greece and abroad.

In his series titled "Olympic Sports" of 30 original artworks which was exhibited during the Athens Summer Olympics of 2004 at Galerie Zygos, Nikis Street, Flessas uses the human shape of a "dummy" typical of his overall work of the last few years, and expresses his love for athletics ad motion. 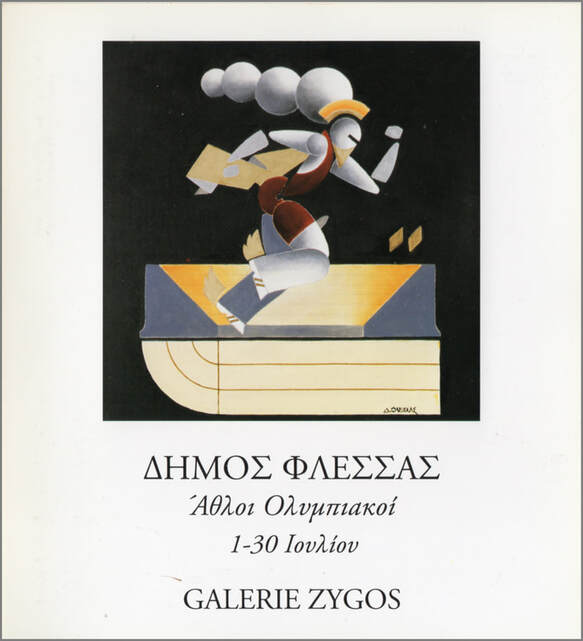 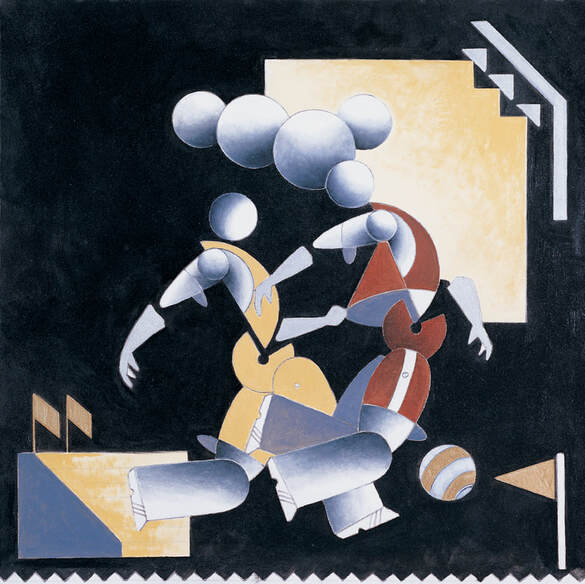 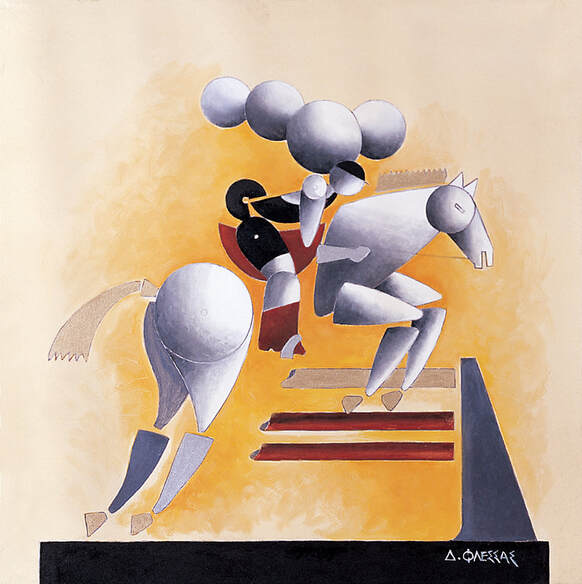 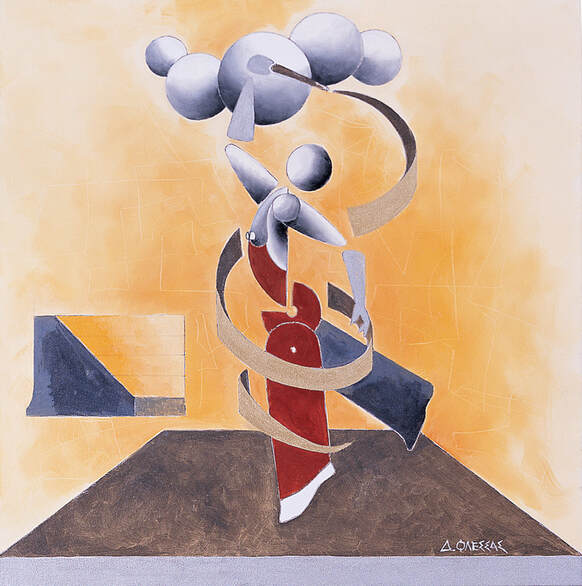 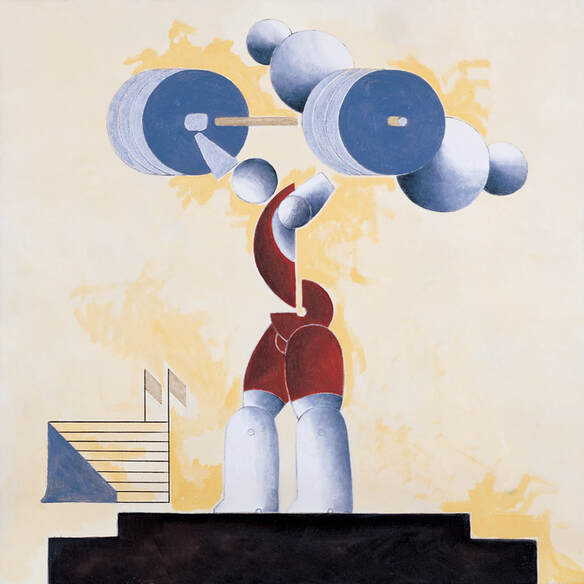 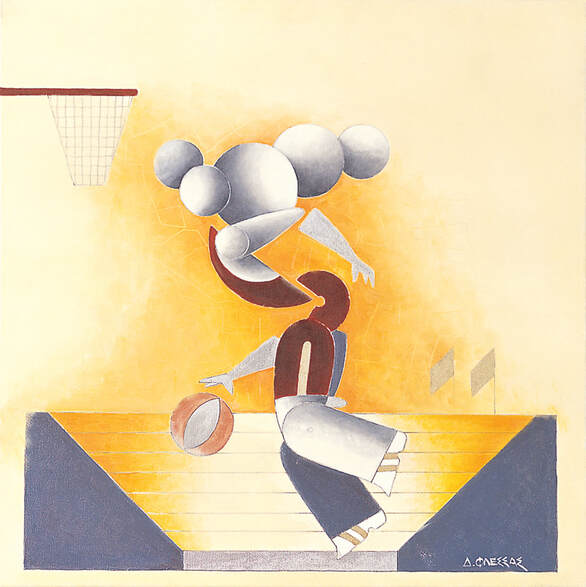 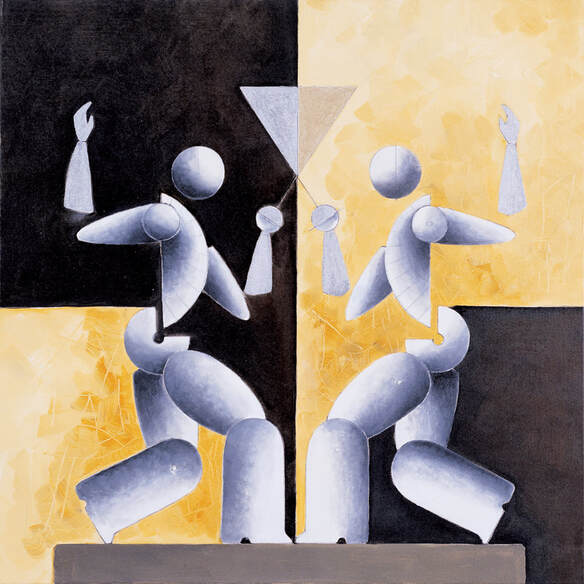 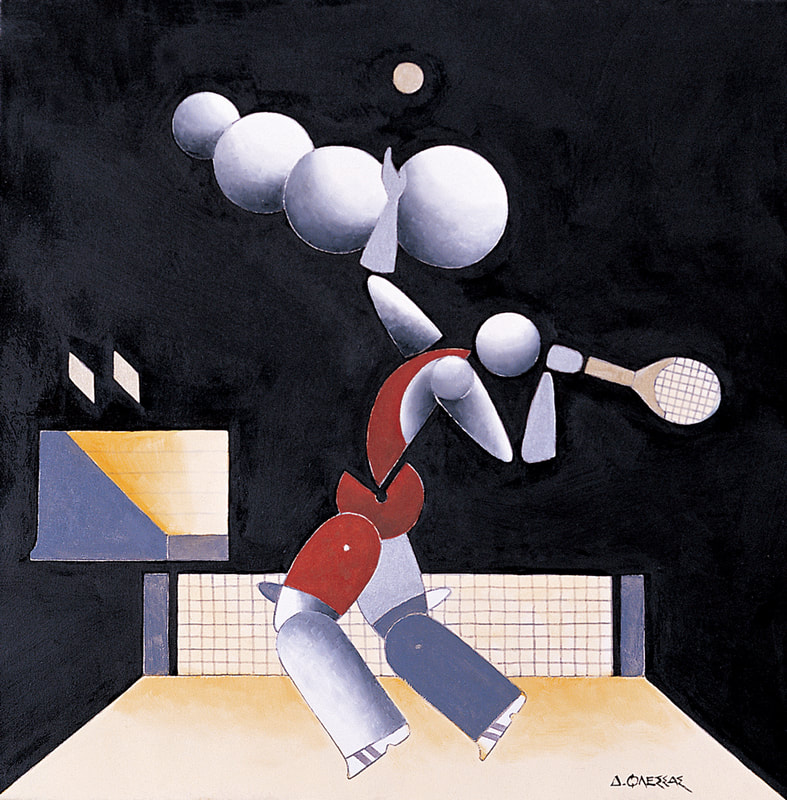