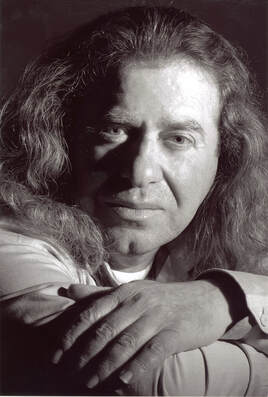 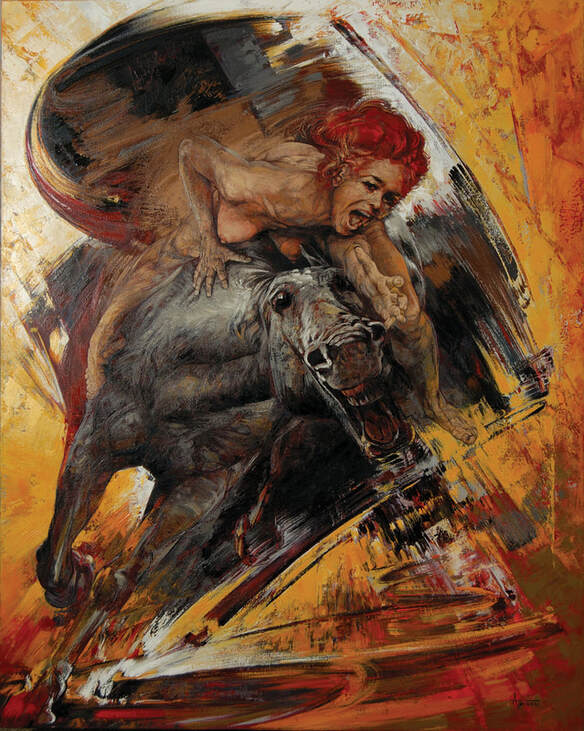 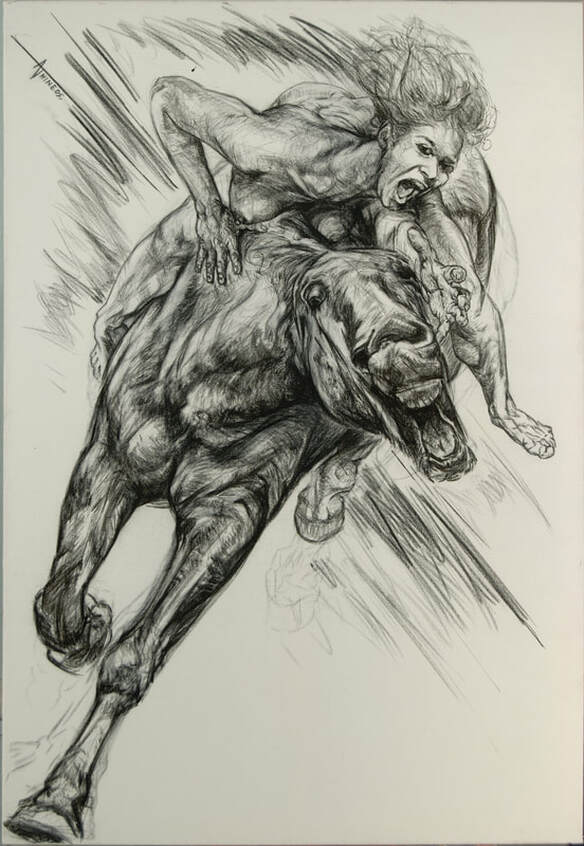 Drawing for the painting above, charcoal and ink on cloth, 90 x 130 cm by Stratis Athineos. 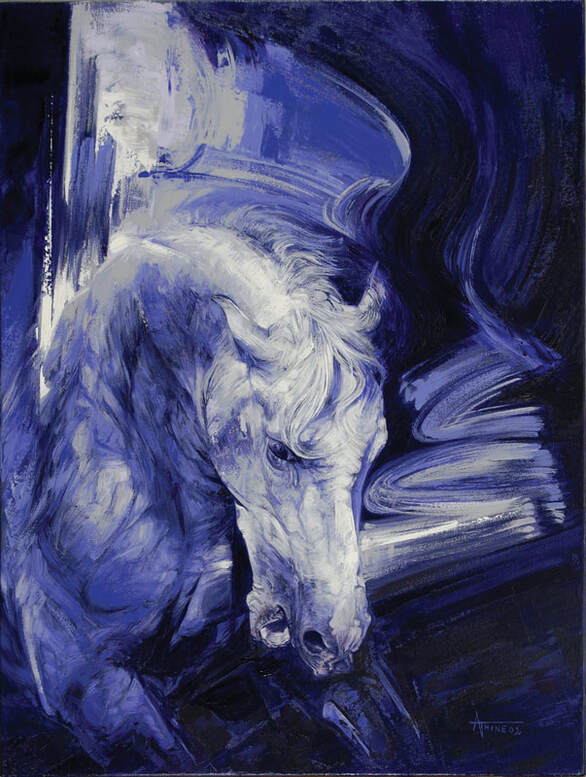 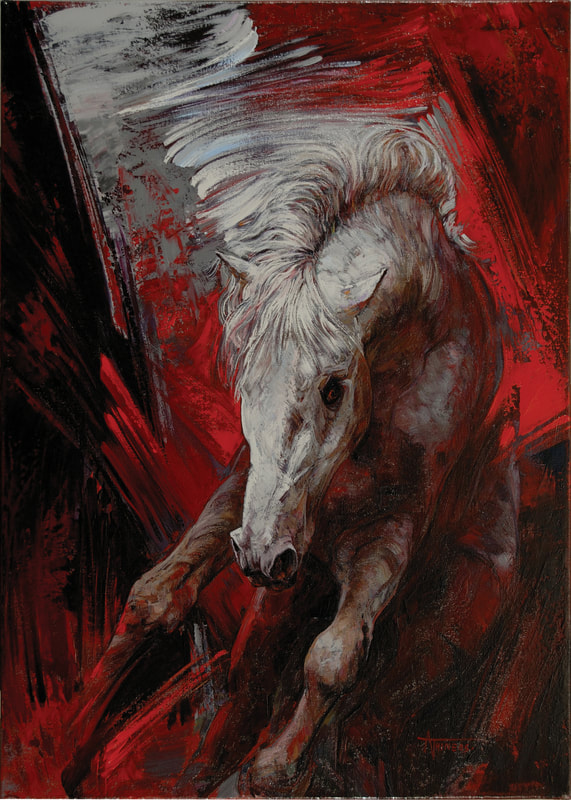 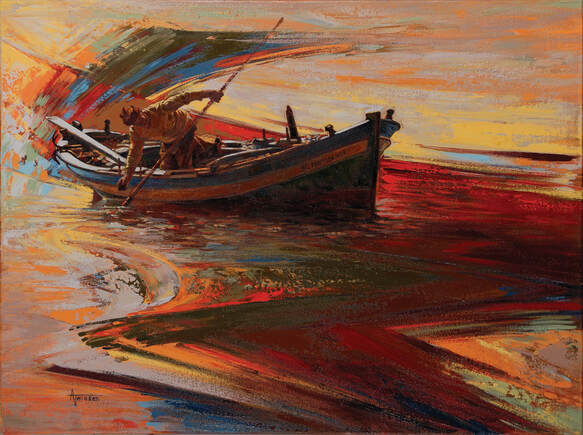 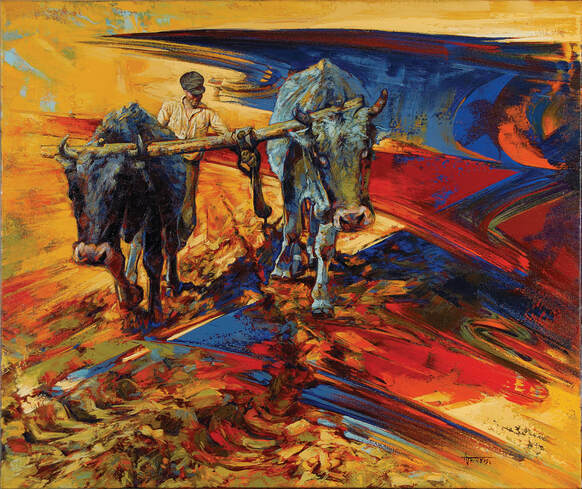 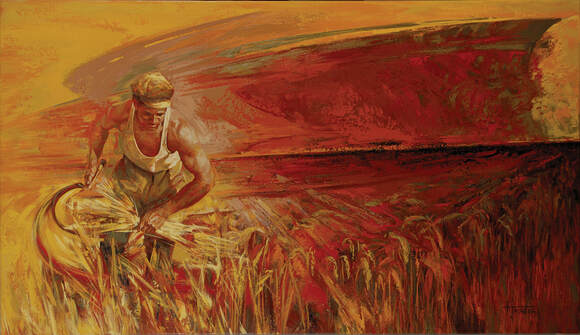 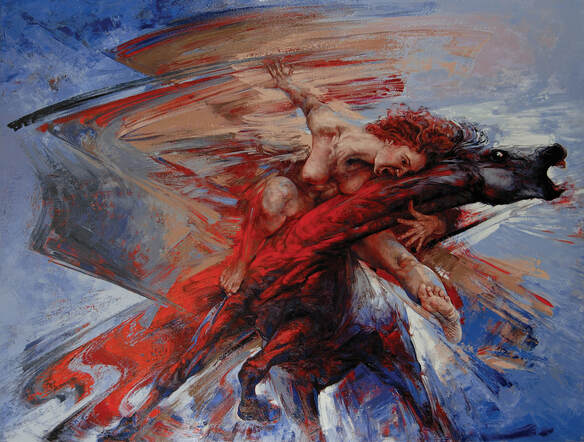