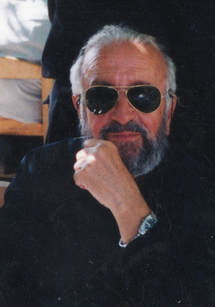 Orphaned at the tender age of 6, he worked in increasingly important positions from 1940 through 1963 at the Lambrakis Publishing House (ΔΟΛ).

In 1953 he organized an art gallery for the newspaper To Vima, where he directed shows for Dimitris Galanis, A. Tassos, Christos Kapralos, Spyros Vassiliou, and Giorgos Sikeliotis, among other important Greek artists. Later he also organized the exhibition hall of ADEL Advertising.

In 1955 he founded Zygos art magazine, the most authoritative and longest-lived art magazine of Greece (1955-1983) at first on a monthly and later on a bimonthly schedule.

A year later, in 1956, he founded Galerie Zygos, the first professionally organized art gallery of Greece, where some of the most important postwar artists of Greece were exhibited or even first-introduced. Among them we will mention Alekos Fassianos, Dimitris Mytaras, Giorgos Manoussakis, Christos Caras, and many many others.

In 1963 he founded To Roloi, the first applied arts gallery of Athens, directed by his wife and partner Catherine Frantzeskakis.

In 1964, a year later, he was called by prominent publisher Eleni Vlachou of Kathimerini  newspaper to reorganize the Eikones magazine, while in 1967 he published Quality magazine for the Greek National Organization for Small and Medium Size Industries (Ε.Ο.(Μ.Μ.) Ε.Χ.)

Between 1968 and 1972 he worked primarily as an editor for several books and publications.

In 1975 he was appointed director of the Voice of Greece, the short wave radio program of Greece, a position he kept for five years while he reorganized and upgraded the service.

In 1993 he moved to Northern California, where he retired, completing his book "Remember and Forget Not" (Ενθυμού και μη Λησμόνει) ISBN 960-03-1811-5 published by Kastaniotis Editions in 1997. He repatriated in 1998 to Athens.

In 2000 he received the Athens Academy Award for his Life Achievement in contributing to the Greek art and culture, by the then President of Greece, Constantine Stefanopoulos. 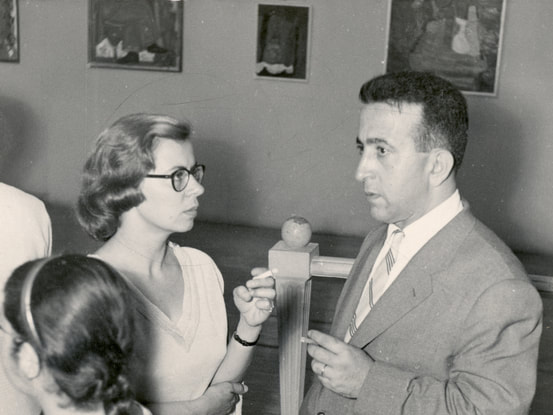 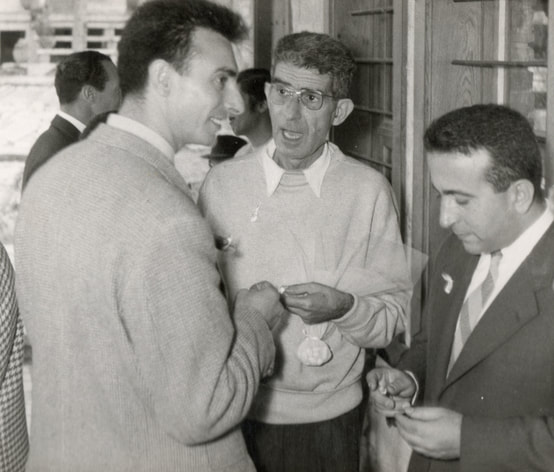 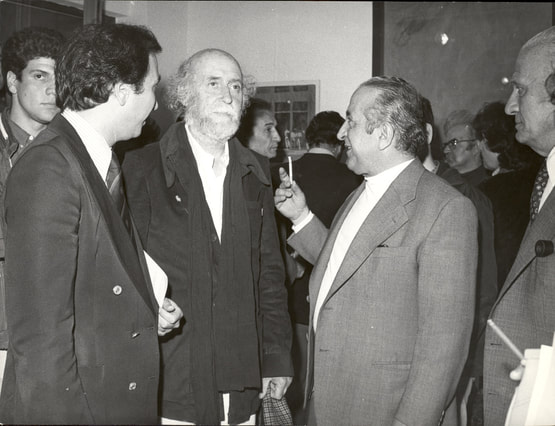 1978. Frantzis Frantzeskakis with Yannis Tsarouhis at the first exhibition of the artist upon his return from Paris at Galerie Zygos, Iofontos Street. 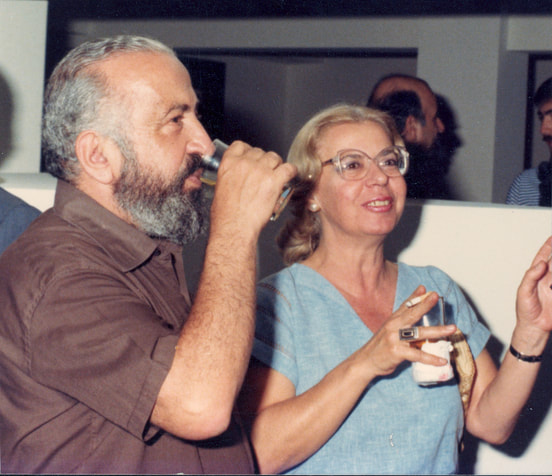 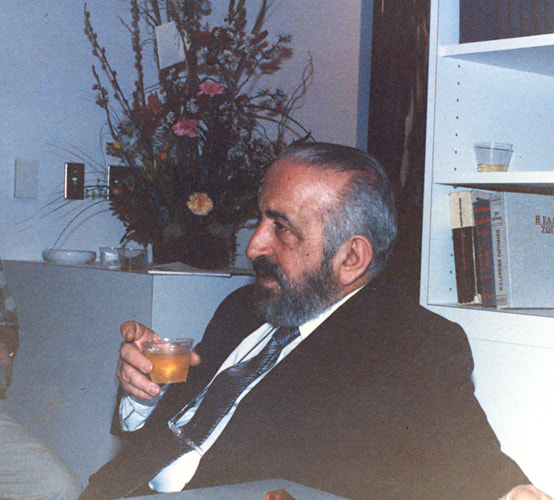 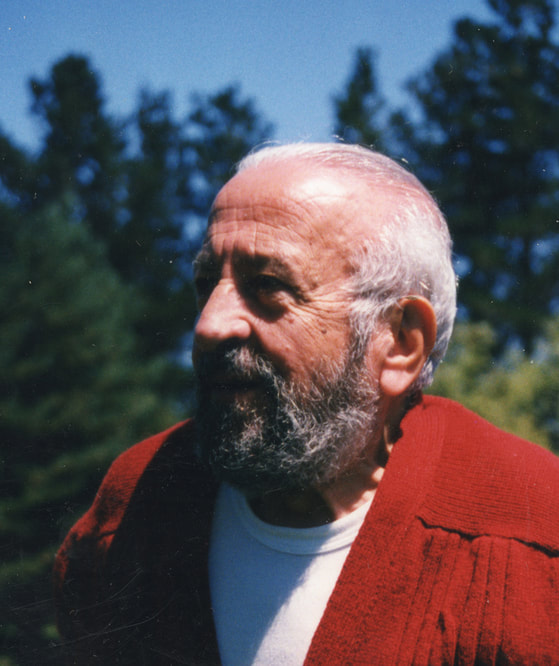 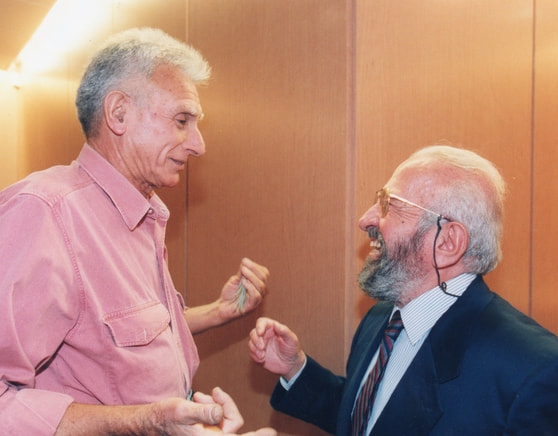 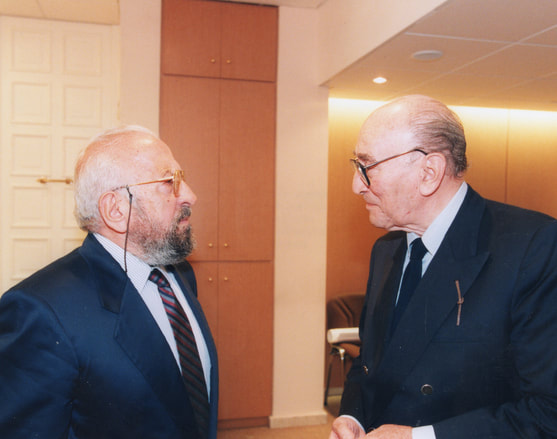 1999. Frantzis Frantzeskakis with his friend, the painter Giannis Moralis. 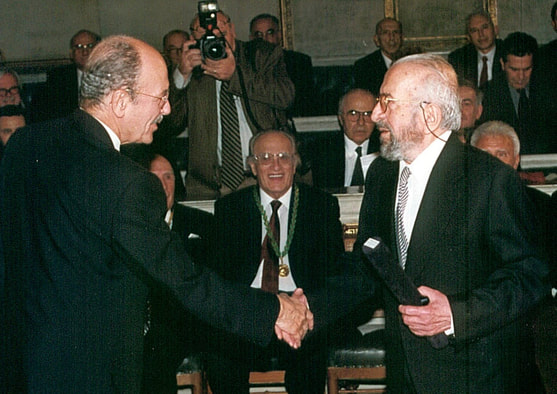 2000. Frantzis Frantzeskakis receiving the Athens Academy Award for his Life Achievement in contributing to the Greek art and culture, by the then President of Greece Constantine Stefanopoulos. 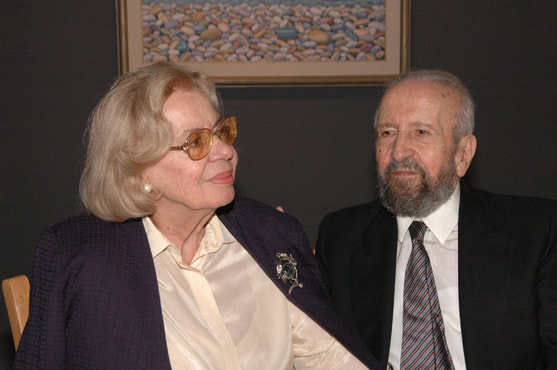