Born in 1890 at Sozopolis, the ancient Greek city of Apollonia, in today's Bulgaria. He came to Athens in 1906. Studied at the Athens School of Fine Arts. He graduated with First Prize in 1912. In 1919 he went to Paris on an Averoff scholarship, for further studies at the Academie Julien (1920-1924), then attended classes at the Grande Chaumiere. From then on he exhibited in solo shoes and participated in group exhibitions. Following the great crash of 1931 Gounaro returned to Greece and built himself a studio home. He was commissioned to paint a series of murals in the Council Chamber of the Athens City Hall (1937-1939). He also painted the frescoes in the chapel of the Holy Trinity in the Volos Municipality Hospital. In 1958 he won the S. R. Guggenheim Prize (Greek Section). He died in 1977. After his death, his son Ilias donated the house and all the paintings of his father to the municipality of Zographou, to be turned into a museum.
Select Solo Shows
1926 Galerie Vavin-Raspail, Paris
1928 Galerie Jacques Bernheim, Paris
1929 Stratigopoulos Gallery, Athens
1948 Hugo Gallery, New York
1949 Romvos Gallery, Athens
1955 ADEL Advertising Agency, Athens
1957 French Institute in Athens
1959 Galerie Zygos, Athens
1962 Galerie Zygos, Athens
​1965 Astor Gallery, Athens
​1971  Astor Gallery, Athens
​1973 Astor Gallery, Athens
​1977 Astor Gallery, Athens
1975 National Gallery of Greece, Large Retrospective
1986 Zygos Gallery, Washington D.C. 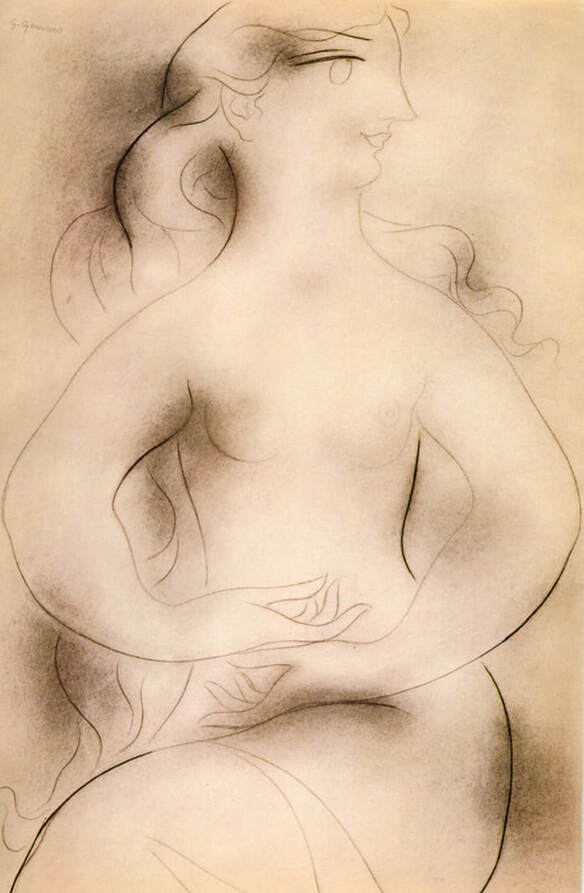 "Nude" charcoal on paper, by Gounaro. 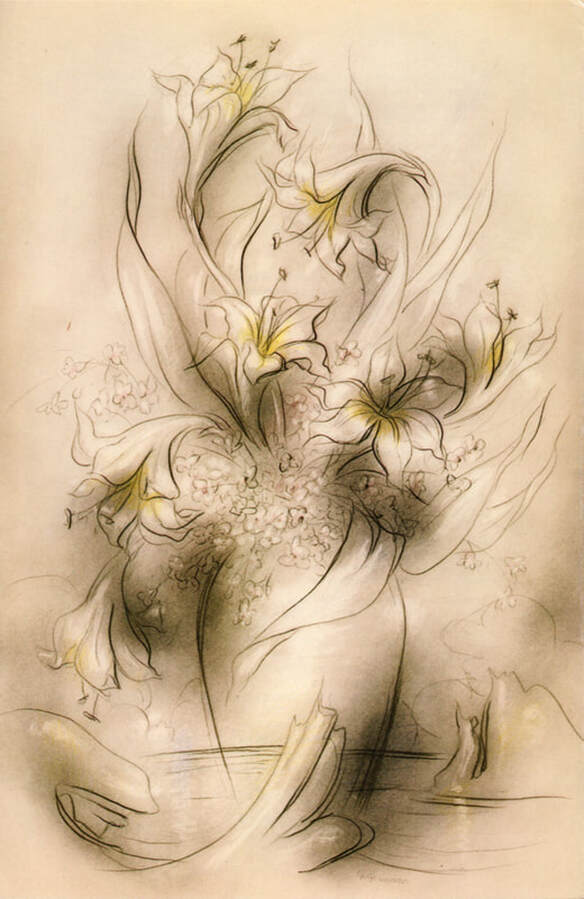 "Vase of Flowers" color pencil on paper, by Gounaro. 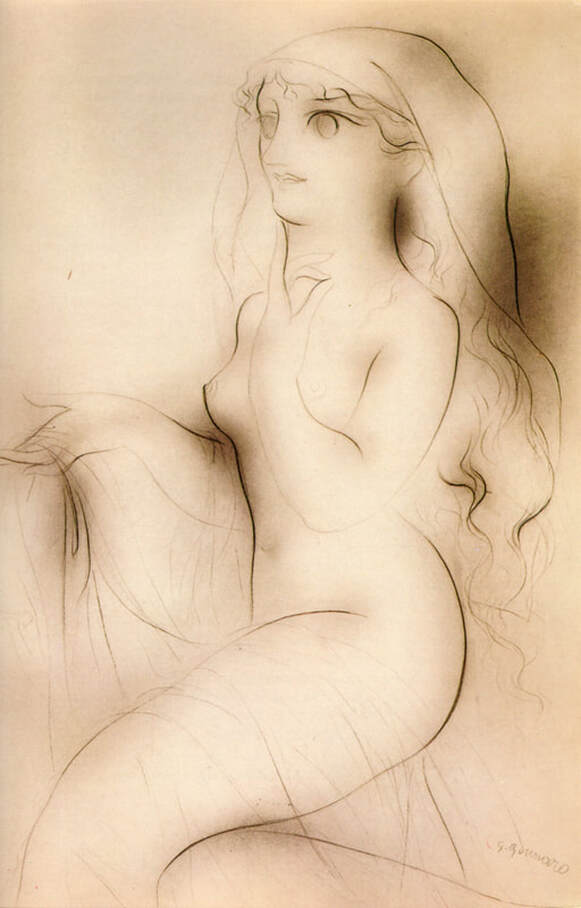