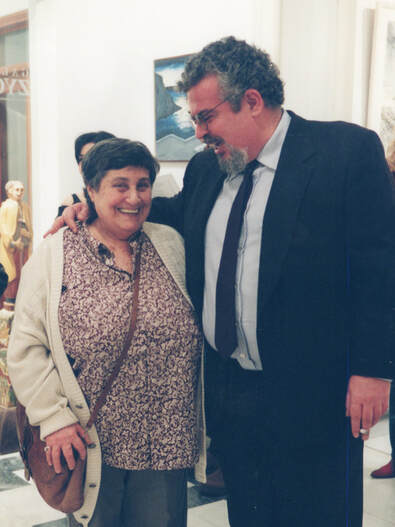 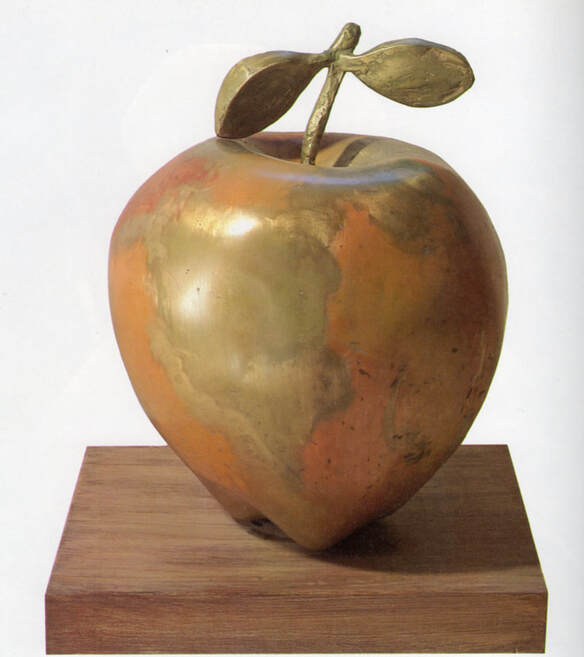 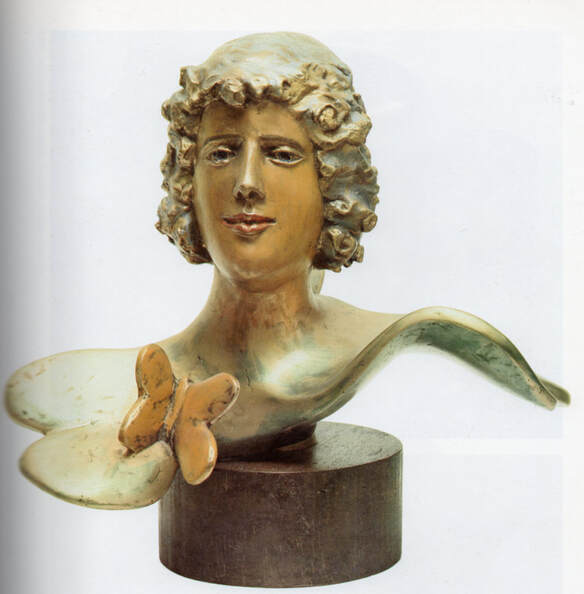 Amalia Vamvakou "Spring", bronze, 1984.
Amalia Vamvakou has for years been producing honest sculpture whose anthropocentric nucleus has been developing organically and is being steadily enriched by the dynamic yet tender dimension of color and the optical perspective of a Renaissance vision. The combination of wood and metal in some of her works -carved wood for the bass and copper for the fully-sculptured shapes which stand on them- gives her sculptures the warmth of wood and the monumentality of bronze. Her work gives an impression of light and happiness. It has the romanticism of a recollection of youth; of a journey through history; of a secret unacknowledged desire which is translated into a visual code. Some of her bronze heads and two or three of her compositions of fruit are tinted after the manner of ancient bronzes. This gives them additional qualities which are at once sculptural and painterly. Another feature of her sculptures is that they look as if they are intended to tease: they reveal a certain amount , but at the same time they seem to be hiding something, hinting at something. In her quest for its hidden structure, Amalia Vamvakou treats every work of sculpture as a living organism which, because of its mass, needs logic in order to exist. Even when she is working on abstract shapes, what she is trying to do is to is to create from them a recognizable form. In the last analysis, her work is serious because it has humor, because it is not pretentious, and because it combines naive, childlike conception with skilful sculptural execution.
Manos S. Stefanidis, "Trends and Achievements of Contemporary Greek Sculpture", Zygos Annual Edition on the Hellenic Fine Arts, Vol. IV, 1985 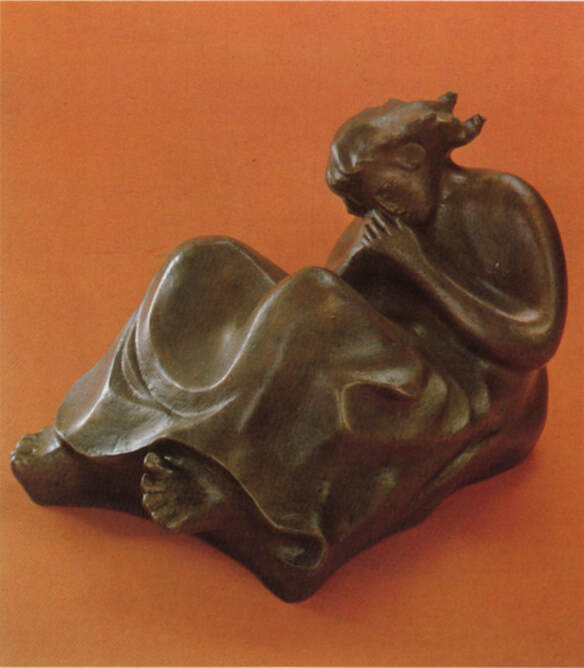